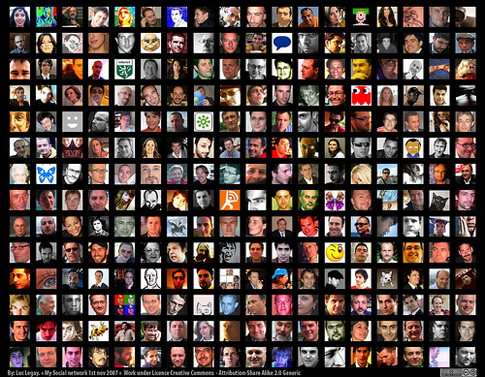 Does Facebook have connections to ardently anti-immigrant group NumbersUSA? Insiders at Clarium Capital, the $5.3 billion hedge fund run by Facebook investor Peter Thiel are claiming their boss has made a $1 million donation to NumbersUSA. Rather than denying such serious accusations, Thiel hasn’t done anything more than say that the company doesn’t comment on “gossip and heresy.”

According to the Southern Poverty Law Center, NumbersUSA is part of a network of organizations—some which have been designated as “hate groups”—created by John Tanton, a “major architect in the nativist movement” who is known for his white nationalist views and close ties to the Pioneer Fund—“possibly the last remaining funder of eugenics in the country”. Tanton both founded and funded NumbersUSA—quite possibly with Pioneer Fund money.

As Klyedb pointed out on his blog, Citizen Orange,

Anonymous sources making allegations and denials certainly aren’t the most credible, but DM dug up something else that certainly makes this more probable.  Peter Thiel coauthored a book, “The Diversity Myth“, in 1998 which argues that “multiculturalism” is used to promote intolerance on campuses.  With views like that I wouldn’t be surprised if Thiel was in the anti-migrant crowd.

Unless Facebook wants to tenuously sit in the same category as NumbersUSA, it should urge its board member Peter Thiel to come clean about his donations to anti-immigrant groups. If Thiel did not donate $1 million to NumbersUSA, than it is in both his and Facebook’s interest for him to show the public that he has nothing to hide. If he did make such a contribution, Facebook will have to think hard about whether it’s willing to compromise its commitment to tolerance, diversity, and “multiculturalism” by having someone like Thiel sitting on its board.