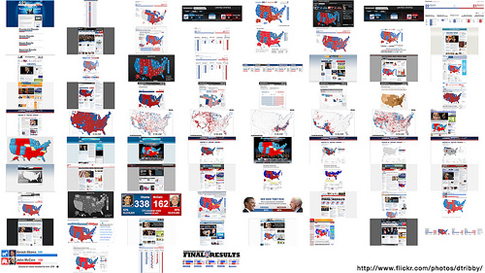 The Center for Immigration Studies tries to snatch anti-immigrant victory from the jaws of electoral defeat in a new report about Latino voters in the 2008 election.   According to the report, the widespread perception among Latinos that the Republican Party is hostile to immigrants played no appreciable role in their decision about whether to vote Democratic or Republican last November.

In support of this rather counter-intuitive assumption, the report argues that since Republicans lost support between 2004 and 2008 among so many non-Latino voters who presumably don’t care that much about immigration, there’s no reason to suspect that Latino voters were particularly concerned about immigration either – even though many of them are immigrants, or have parents, siblings, and other family members who are immigrants.  In other words, the fact that Republicans lost support among white men, military veterans, born-again Christians, regular churchgoers, and rural residents is supposed to negate the importance of immigration to Latinos who also left the Republican fold in the last election.

The report also suggests that, if Latinos really cared about immigration, more of them would have supported John McCain given his record of supporting immigration reform in the Senate.  Yet the report fails to mention McCain’s well-documented rightward turn on the immigration issue during his presidential campaign, in which he tried to heighten his appeal among law-and-order conservatives by shedding his reformist mantle and pledging instead to “get tough” on the undocumented and “secure the border” before actually fixing the dysfunctional immigration system.

The CIS report correctly cites the abundance of polling data indicating that the economy and jobs were the top concerns among all voters, including Latinos.  But the report ignores the wealth of polling data which shows that immigration was, nevertheless, an important issue in the minds of many Latino (and Asian) voters. The report also neglects to mention that most voters, be they Latino or not, favor comprehensive immigration reform rather than the same, tired deportation-only tactics that have consistently failed to work for over two decades.

The CIS report maintains that the “vast majority of voters, Latino or otherwise, are not sufficiently attentive to campaign activities” for a candidate’s stance on immigration to make any difference in how and for whom they vote.  Yet ample polling data, and the election results themselves, indicate that American voters may not be as clueless as CIS would have us believe.  Anti-immigrant candidates went down in flames all over the country as their misleading and hateful rhetoric failed to resonate with voters who are fed up with slogans and want real solutions to real problems.