A Comprehensive Solution to Order on the Border 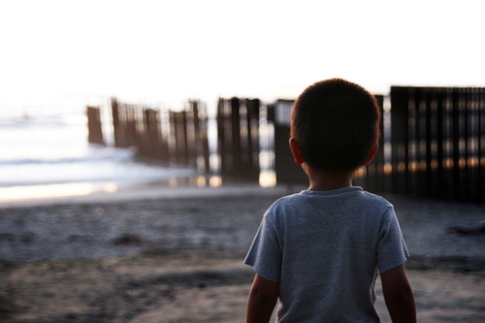 As the national spotlight turns toward U.S. border activity, local border town police face a difficult challenge in balancing their role as both police officers and immigration officers within a broken immigration system. In a recent Washington Post editorial, Phoenix Police Chief Jack Harris asserts that focusing his attention on real criminals rather than economic migrants has not only lowered the city’s crime rate, it has also enabled police to maintain a closer relationship with the communities they serve. For Harris, who likened border enforcement to bailing an ocean with a thimble, “the answer is not in Phoenix. The answer is in Washington.”

Don’t give me 50 more officers to deal with the symptoms. Rather, give me comprehensive immigration reform that controls the borders, provides for whatever seasonal immigration the nation wants, and one way or another settles the status of the 12 million who are here illegally — 55 percent of whom have been here at least eight years. For those whose profession it is, law enforcement sometimes seems like bailing an ocean with a thimble.

No one disagrees that violence, drug cartels and human smuggling on the border are real problems that warrant real and sensible solutions, but conflating drug smugglers with economic migrants is not effective or helpful. Effective border enforcement needs to be carried out in consultation with border communities—communities whose resources are currently being diverted from arresting actual violent criminals to “chasing bus boys around the desert.”

Most state and local police departments will tell you that in order to do their jobs effectively, they rely on community policing policies which encourage immigrants to step out of the shadows, report crimes and access police protection.

According to the Major Cities Chiefs Association, a committee made up of police chiefs from across the country, cooperation from the immigrant community keeps crime rates lower.

Without assurances that contact with the police would not result in purely civil immigration enforcement action, the hard won trust, communication and cooperation from the immigrant community would disappear…Such a divide between the local police and immigrant groups would result in increased crime against immigrants and in the broader community, create a class of silent victims and eliminate the potential for assistance from immigrants in solving crimes or preventing future terroristic acts.

Today, Homeland Security Secretary Janet Napolitano, along with Deputy Secretary of State Jim Steinberg and U.S. Deputy Attorney General David Ogden, headed to the White House to announce an administrative plan to tackle border violence, weapons and drug cartels, which includes $700 million in aid to help Mexico reduce contraband in both directions across the border.

While there is no quick and easy fix to current border problems, any long-term solution to security and anti-smuggling efforts at the U.S. border must include immigration reform.  Immigration reform would divert economic migrants from the deserts to regulated ports of entry.  It would cripple smugglers by taking away much of the lucrative trade in human beings, which has escalated to broader and more violent criminal activity. Comprehensive immigration reform, which would provide a path to citizenship for 12 million undocumented immigrants, would not only enable people like Phoenix Police Chief Jack Harris to do his job, but also enable the immigrant community to help police put criminals behind bars and keep communities on both sides of the border safe.