Obama Reasserts Support of Immigration Reform at Summit of the Americas 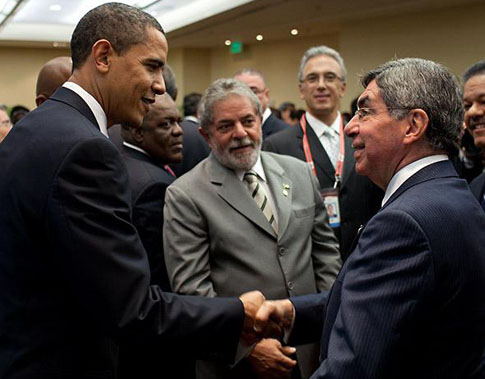 This past weekend, at the Summit of the Americas in Trinidad and Tobago, President Barack Obama reaffirmed his commitment to reforming the broken U.S. immigration system.  Obama met with the Central American Integration System (Sistema de la Integración Centroamericana), and was “especially receptive” to the requests coming from the presidents of Honduras, Guatemala, Nicaragua, Panama, Costa Rica, El Salvador and Belize for a workable immigration system that advances the economic and humanitarian interests of both sending and receiving nations.

According to the Latin American Herald Tribune:

On the immigration issue, which completely dominated the meeting, the leaders also discussed matters like the possibilities for ensuring family reunification, quotas for agricultural jobs and the fight against drug trafficking, all within a friendly atmosphere amid which the leaders agreed in general terms on almost everything they talked about.

Guatemalan president Álvaro Colom indicated that a compromise to support comprehensive immigration was reached among the presidents.  The details weren’t discussed, but Colom stressed that Obama and the Central American leaders agreed to support the process, describing the atmosphere as “…good, cordial, and sincere.”  Honduran president, Manuel Zelaya, also emphasized that “there is a new, totally different attitude in Obama’s discussion: more openness, more dialogue, more respect.”

…I am absolutely going to keep my promise that I am going to push for comprehensive immigration reform, I already met with the Congressional Hispanic Caucus, reaffirmed my commitment.  My administration and key congressional leaders are already beginning the work of how do we shape a package that could have the opportunity of getting through both the house and the senate…I can’t guarantee that I will have a bill on my desk before the end of the year — what I can guarantee is that we will have a package and we will be moving the process forward because I continue to believe that it is in the interest of everybody, and in the interest of the U.S. economy over time for us to resolve this issue in a comprehensive way that provides a pathway to legalization but also deals more effectively with our borders.

Meanwhile, at this weekend’s Fifth Summit of the Americas Obama stressed, “As neighbors, we have a responsibility to each other and to our citizens.  And by working together, we can take important steps forward to advance prosperity, security, and liberty.”  The summit ended with a formal agreement amongst the participating nations to work together in the fight against drug trafficking, corruption, and organized crime and to promote policies that respect the human rights of immigrants.  Latin American leaders, along with President Obama, hailed the summit as a success. 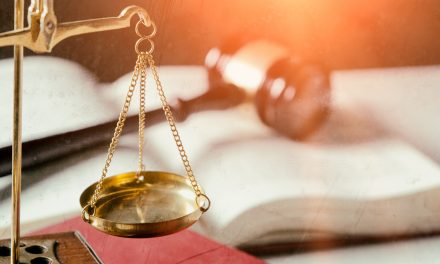 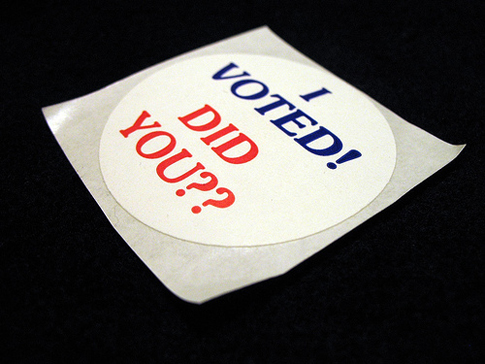