High School Teens Deported on the Way to School 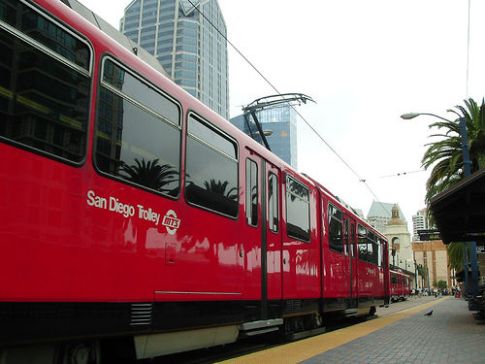 Three high school students were deported to Mexico last week when they were swept up in a Transportation Security Agency (TSA) raid at the Old Town transit center on their way to school in San Diego, California. Border Patrol confirmed that 21 people were detained.

According to reports, TSA and Border Patrol agents inquired about the 16-year-old girl’s and two boys’, ages 15 and 17, residency status before taking them into custody and eventually deporting them. The teens were allowed to speak with their U.S.-based parents and Mexican Consulate officials before being deported.

These raids have a way of terrorizing communities. [The agents] directed themselves at people who looked Latino and asked them for papers. Some of them don’t have any relatives in Mexico—they don’t have anywhere to go.

Border Patrol Agent, Jose Morales, claims that agents asked people about their residency status “based on behavior, not skin color,” which begs the question, “How do undocumented immigrants act?” But more importantly, we should ask ourselves whether our current enforcement policies, which apparently include deporting undocumented children en route to school, are consistent with our American values.

The American rule of law is enforced to uphold the values we hold dear—such as family unity, education, and hard work.  Even assuming there is more to the story, rounding up and deporting undocumented kids on their way to school simply isn’t consistent with this framework. Nor is it a wise use of our limited enforcement dollars.

Until we actually have a comprehensive reform bill that provides a path to citizenship for all undocumented families living in the United State—families who are willing to work hard, pay taxes and start new business that create jobs—immigration official will continue with draconian enforcement tactics that deport children and destory families.