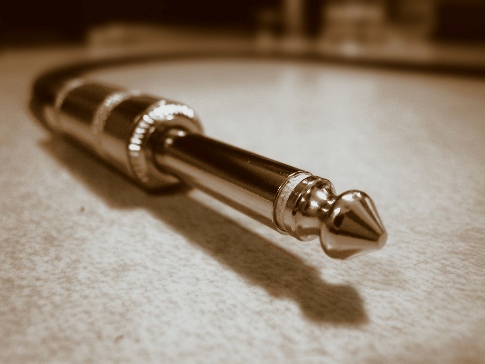 A long-standing and contentious issue which anti-immigrant groups are currently trying to exploit is whether or not the presence of immigrants in the U.S. labor force—especially undocumented immigrants—has a major adverse impact on the employment prospects of African Americans. The anti groups argue that undocumented immigrants, who tend to have low levels of formal education and work in less skilled occupations, are “taking” large numbers of jobs that might otherwise be filled by African American workers.  However the evidence just isn’t there.

It is important to acknowledge that African Americans do face daunting economic and employment problems, and that the legacy of discrimination continues to be felt in communities large and small across the country. Anti-immigrant organizations have coldly seized on these troubles, however, to leverage a particularly nasty kind of argument against immigration. Some of these self-professed advocates for African-Americans have long-standing ties to “nativists” and “hate groups.”

One example of this is found in comparing Miami and Cleveland:

Recent immigrants are 17 percent of the labor force in Miami, but only 3 percent of the labor force in Cleveland.  Yet the unemployment rate for native-born blacks in Cleveland is  double that of native-born blacks in Miami. As with most efforts to make simplistic arguments about unemployment, there is no one-to-one relationship between the presence of immigrants and unemployment in the African-American community.

That is not to say there is no competition or that African Americans have no problems finding employment.  But to move toward a solution, we need to look at structural issues—how unscrupulous employers undercut African American workers with cheaper, exploitable immigrant workers and how other societal issues are obstacles to African Americans reaching their full potential.

Beyond the IPC report, there are numerous articles on the issue by noted academics.  Gerald D. Jaynes, a professor in the department of economics and in the Program in African and American Studies at Yale University, has studied the impact immigrants have on African Americans for years and has repeatedly found that “the effects are relatively small, and in any event secondary to other causes of less educated workers’ dismal employment and wage experiences.” And because the work of immigrants often complements that of U.S.-born workers, “immigration can actually create jobs.”

Furthermore, Dr. Stephen Pitts, a labor economist who has also taught African-American studies and now resides at UC Berkeley, holds workshops for workers to explain the real villain is not immigrant workers, but rather bad apple employers who exploit both communities. Pitts argues that African Americans should not allow themselves to be pitted against another ethnic and racial group who themselves are struggling for equality and improved conditions in their communities. This argument bears repeating when examining the motives of anti-immigrant groups who speak up for native-born workers.

Many civil rights groups, whose traditional bailiwick has been fighting for African American equality, are now standing up for immigration reform because they know raising the living and working conditions of immigrants will level the playing field and improve the lives of all workers in America. These groups have cautioned against letting anti-immigrant groups speak for the African American community:

According to Long Island Wins:

The anti-immigrant crowd, which has an almost exclusively White leadership, likes to portray itself as “standing up for African Americans”. In its impenetrably racist mind frame, these racial guardians view low wage jobs as the special preserve of African Americans, and they view themselves as the defenders of the right of African Americans to have the first crack at migratory farm worker positions and jobs cleaning gas station restrooms. Strangely, their heroism goes unrewarded as they almost never get the support of any major African American groups for their restrictionism.