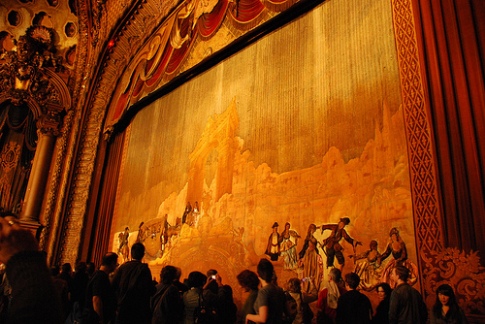 It’s time to take a deep breath and recognize that you can rarely take Senate votes at face value when it comes to immigration. The amount of posturing and political preening that goes on is directly proportionate to how close we really are to pushing a substantive immigration proposal. So, what have we seen this week? Senator Schumer announces that there will be a comprehensive immigration reform bill by Labor Day. That’s good policy. The Council on Foreign Relations says comprehensive immigration reform is vital to our nation’s interests. Also good policy. Enforcement only amendments win on the Senate floor—bad policy, but great political theater. Unfortunately, political theater is often hard for politician to resist when they are dealing with complex issues that defy simple solutions.

So what happened so far? Senator Jim DeMint (R-SC), succeeded in getting the Senate to support his amendment to complete the 700-mile Bush-authorized border fence by the end of 2010. The Senate has repeatedly voted to fund the border fence, because it is easy to vote for—especially when it’s clear that it’s impossible for DHS to complete. Thus, despite years of funding for the fence, DHS has only managed to build 330 miles of pedestrian fencing and 302 miles of vehicle fence on the 2100-mile US-Mexican border, according to Customs and Border Protection (CBP). Any expert will tell you that additional fencing is not a realistic solution. Only about half of undocumented immigrants illegally cross the border, and fencing does little to slow them down. To quote Secretary of Homeland Security (DHS), Janet Napolitano, on this costly boondoggle, “You show me a 50-foot wall and I’ll show you a 51-foot ladder at the border. That’s the way the border works.”

Another pet amendment, offered by Sen. Jeff Sessions (R-AL), makes E-verify (an electronic employment verification system) permanent and requires any federal contractor to use this particular system to ensure that employees have legal immigration status to work in the United States. Immigration advocates lament the weaknesses of the E-Verify program, which makes use of the Social Security Administration’s (SSA) and DHS’s databases, because of the high probability for database errors and misuse of the system by employers which could cost U.S. citizens and legal workers their jobs. While many believe E-Verify to be a magic bullet solution to illegal immigration, it is not, and outside of comprehensive reform, it will do little to resolve the problem. So again, lots of drama, but questionable enforcement impact.

More political theater that probably won’t last the summer is an amendment offered by Sen. David Vitter (R-LA) that passed by voice vote. Vitter’s amendment prohibits the use of money in the 2010 budget to change a Bush-era rule on SSA No-Match letters. Currently, when the SSA receives a SSN from an employer on a W-2 Form that doesn’t match their records, they send the employer a “No-Match” letter so that employers and workers can rectify their records to make sure everyone is properly credited with their earnings. A No-Match letter doesn’t reveal anything about a person’s immigration status, whether or not the person is a U.S. citizens, legal immigrants or undocumented. However, a poorly-designed Bush-era rule would have allowed Immigration and Customs Enforcement (ICE) to hijack the SSA’s well-intentioned program to enforce immigration law. The rule is currently blocked by a court order. DHS announced yesterday that it plans to rescind the rule. People are still scratching their heads to see if Vitter’s amendment has any actual impact. But Vitter’s intention was never to have a meaningful impact, it was to make a desperate last ditch attempt to implement the rule.

So, take these votes with a grain of salt. That’s not to say that we shouldn’t be concerned that grown men and women are going for the dramatic over the sensible. Nor does it mean that people who care about these issues should let down their guard. The fact that so many Senators were willing to ignore facts and vote for these amendments is indeed disturbing. It does mean, however, that we can’t view these votes in isolation. Comprehensive immigration reform is still going to move forward. Let’s just hope that when comprehensive immigration reform is actually on the floor, the sensible things we saw this week will prevail over the political theater.

Photo by Floyd B. Bariscale.