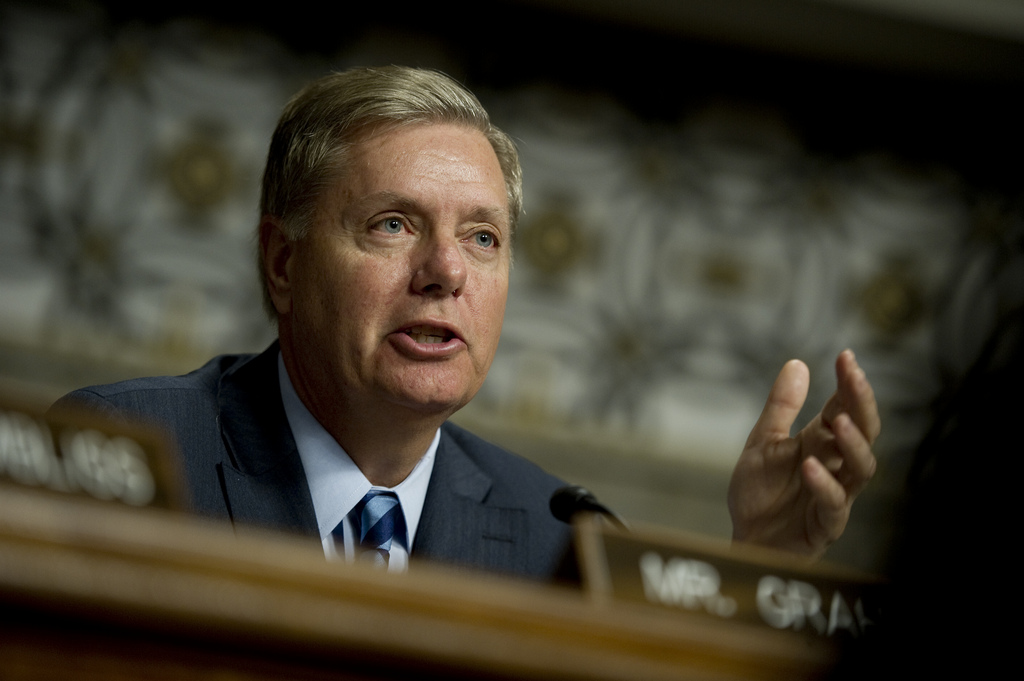 According to a recent Wall Street Journal article, Sen. Chuck Schumer (D-NY), Chairman of the Immigration, Refugee and Border Security Subcommittee, has tapped Senator Lindsey Graham (R-SC) to help garner GOP support for a comprehensive immigration bill this year. While not always voting in favor of common sense solutions to our broken immigration system, Senator Graham has shown himself to be at least one Republican leader who understands the importance of our nation’s changing demographic—especially in his home state of South Carolina—on future electoral races.

In 2007, Sen. Graham supported S.1639, an immigration bill co-sponsored by Sens. Jon McCain and Ted Kennedy, despite cries of “Grahamnesty” from his own party. While the bill ultimately failed, Sen. Graham was booed at the 2007 GOP Party Convention where he defended the bill. He also defended himself in an interview shortly thereafter on Fox’s Hannity & Colmes:

While it’s true that Sen. Graham has opposed the Dream Act, voted for more border fencing, and stronger enforcement measures in the past, he does realize the high price involved with doing nothing at all. In a speech at NCLR’s 2007 Capital Awards, Sen. Graham acknowledged that empty anti-immigrant rhetoric is not going to fix our broken system:

Our immigration system is broken and we need to find a way to get people right with the law. Once we try to find that way, we also need to understand that if the law means anything, you have to have a just result…We all let this get out of control and we all need to fix it. We are going to solve this problem. We’re not going to run people down. We’re not going to scapegoat people. We’re going to tell the bigots to shut up and we’re going to get this right.

Perhaps Sen. Graham hopes that members of his own flailing party realize, as he said during Justice Sotomayor’s confirmation hearing, that “elections have consequences”—especially considering that the immigrant population in his home state of South Carolina has grown roughly 40% in the last ten years.

South Carolina’s immigrant population rose from 1.4% in 1990 to 4.3% in 2007, roughly the entire population of Little Rock, Arkansas, according to a new Immigration Policy Center (IPC) fact sheet. While Latinos only comprised 3.8% of South Carolina’s population in 2007, their consumer purchasing power totaled nearly $3.3 billion. Likewise, Asians in South Carolina contributed nearly $1.9 billion in purchasing power and had sales and receipts of $2.1 billion in 2002, the last year for which the data is available.

Elections do, indeed, have consequences and “trampling” upon a large and growing voting bloc is clearly not a winning strategy. GOPers would do well to follow Sen. Graham’s lead on comprehensive immigration reform if the Republic Party is ever going to get back on its feet.