What Does a Decline in the Foreign-Born Population Mean to America and Immigration Reform? 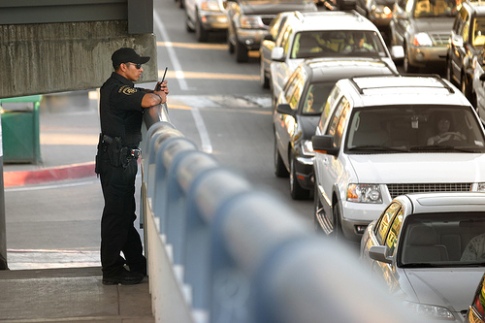 For years now, one of the few findings you could count on in the Census Bureau’s annual statistics report was the steady growth in the foreign-born population. Other major indicators of the economy and society—like the poverty rate, or income levels, or even education trends—might go up or down, but it’s been reliably true that the U.S. is a magnet for immigrants.

Are immigrants leaving the U.S. or deciding not to enter the country? If they are departing the country, is it voluntary due to the economy, or are they being forced out by Immigration and Customs Enforcement? If migrants are arriving in lower numbers, is it due to the border wall or the lack of jobs? Are legal immigration trends changing, or is it a matter of undocumented immigration undergoing a major shift?

Some arguments about these trends make more sense than others. Regarding the numbers of immigrants already in the country, there is indeed evidence of declines in certain populations—such as working-age Mexican males—that may mean at least some people are leaving. Some might say this is due to enforcement, but with no national dragnet in place, no widespread effort to raid workplaces or knock on doors of suspected illegal immigrants, it’s a stretch to argue that fear of deportation is behind the departures.

What makes more sense is something that most immigration observers have long noted: much of immigration is “demand driven,” with the U.S. economy creating jobs that natives can’t or won’t fill. The departure of immigrants during the worst recession since the 1930s only makes sense when you consider that so many were here to fill jobs to begin with—jobs that have temporarily disappeared.

The Migration Policy Institute (MPI) published a report this month that looked at the impact the global recession is having on migration:

Immigrants are more likely than the native born to be affected by the economic crisis. In most cases, they are more likely to be fired first and they tend to have higher unemployment rates than their native counterparts.

There are a number of reasons why immigrant workers are hit harder by worsening economic conditions, among them because they: Are concentrated in sectors that are more sensitive to business-cycle fluctuations such as construction, wholesale, export-oriented manufacturing, and hospitality.

At the borders, the picture is one of fewer undocumented immigrants attempting entry. During the first half of this decade there were an average 1.1 million apprehensions of illegal crossers each year. By the second half of the decade that number had fallen by more than 400,000 annually.

Are the declining numbers of attempted border crossings due to a wall or the economy? It’s hard to argue that a massive recession wouldn’t affect the number of entries, but the declines began before the current recession began. Does increased border control—featuring a $1 billion-dollar-plus wall—have an effect? Probably. Does the economy still affect decisions to attempt entry or not? Definitely. Should we shape immigration policy around the idea that we will be in a recession forever? No.

We need to shape our immigration policy in a way that is responsive to our nation’s economic and labor demands so that during a recession we potentially let fewer in than we do during a boom economy. Although immigration regulates itself to some extent, that is no excuse to not reform the way we manage in and out flows of immigrants to suit our nation’s needs.