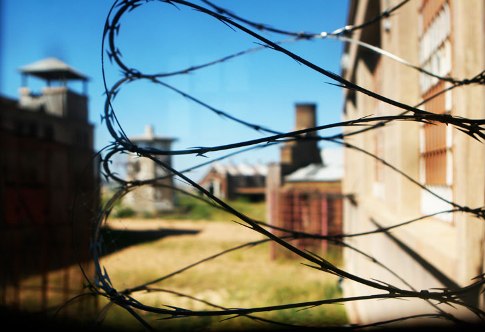 Over the summer, three graduate students at the University of Minnesota’s Humphrey Institute interviewed immigration attorneys and public defenders to document their experiences working with detained immigrants. The result—a heartbreaking account of detainees locked away, without access to counsel or family, in a system where rights and the most minimal detention standards are routinely violated.
The report, Attorneys’ Perspectives on the Rights of Detained Immigrants in Minnesota, found that:

In addition to severing ties to support systems, the report also found that detention impeded legal representation. Public defenders reported instances in which ICE detainees failed to appear for scheduled court hearings, wasting criminal justice resources and denying defendants due process. Immigration attorneys also reported an overwhelming demand for services. During the past two years private attorneys were only able to represent 20% of the detained immigrants seeking legal services. Even when representation was provided, attorneys estimated at least half their time was spent on non-legal issues related to detention, such as traveling to detention facilities; locating documentation; and dealing with detainee family members.

Furthermore, communication between detainees and their attorneys was frequently prevented because of unreasonably expensive phone services that were arbitrarily cut off after a short time, extended periods of lockdown during which detainees are denied telephone access, and bureaucratic delays in delivering mail. Some facilities even lacked the means for detainees to engage in confidential conversations.

Both public defenders and immigration attorneys reported having clients who had been abused by detention staff and/or criminal inmates. As one attorney noted:

(C)lients have told me they weren’t fed on time; they weren’t given medical care when something’s wrong. The rules weren’t followed. They tend to be put in isolation more, put in segregation. I don’t think they’ve done anything behaviorally wrong. I think it’s a misuse of power.

These serious violations call for far more than modest changes. Our immigration system needs real reform, which would include the following: limiting discretionary detention, review of discretionary detention decisions, implementation of binding standards that ensure the health and well being of detainees, oversight to protect detainee rights; and finally accountability of ICE to uphold the rights of detainees. While the Obama administration has vowed to change detention practices, we urge them to move quickly to enact these much needed reforms.

**Kathleen Moccio is Adjunct Professor at the University of St. Thomas’s School of Law.