“They” Are “Us”: The Devastating Effects of Broken Immigration Policy on Children in Immigrant Families 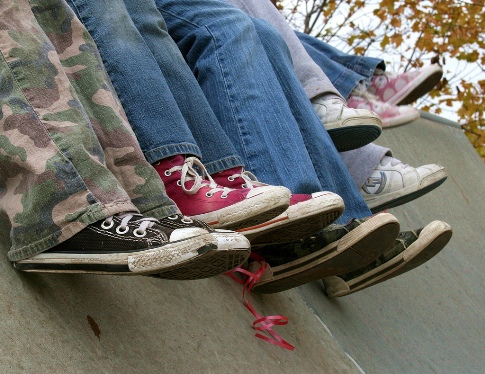 The legacy of our broken immigration system extends far beyond our borders or the job market. The price paid by families caught within the system can be devastating, especially when we fail to pay attention to the importance of integrating newcomers into American life. A New York Times editorial this week follows a study that highlights the importance of integrating new Americans and their children.

Fellows at the Institute of Advanced Study at Princeton and co-directors of immigration studies at NYU, Professors Marcelo and Carola Suárez-Orozco have conducted more than 20 years of immigration research, specifically on the effects of dislocation and integration, and found that of the roughly 16 million children in immigrant families (roughly one in five children living in the U.S.), many are not being successfully integrated and experience devastating fallout effects.

After studying 400 children from China, Haiti, the Dominican Republic, Central America and Mexico over a five year period, their data indicates that:

The editorial goes on to demonstrate the need for stronger “policies and programs that support immigrants parents and children”—many of whom are U.S. citizens living in mixed status families—families where at least one parent is a legal U.S. citizen and the other susceptible to detainment or deportation. The number of U.S.-born children in mixed-status families has expanded rapidly in recent years, from 2.7 million in 2003 to 4 million in 2008, according to the Pew Research Center . Roughly 108,434 parents of said U.S.-citizen children were deported from 1998 to 2007, according to the Department of Homeland Security’s Office of Inspector General.

According to the Urban Institute:

In 2007, about 16.4 million children, or more than one in five children in the United States, had at least one immigrant parent. This large demographic group deserves particular attention because its growth has important implications for federal, state, and local education, health, housing, and family policies. Children of immigrants are also likely to represent a large share of the nation’s future labor force. In addition, children of immigrants deserve special attention because they face many universal risk factors to children’s well-being, such as lower parental education and family incomes, but they are also adversely affected by factors unique to immigration, such as lack of parental citizenship and English proficiency.

Regardless of your take on immigration, children living in immigrant families or mixed-status homes deserve better—and the failure to invest in their education, health and over-all well-being not only runs counter to our American values system, but also to the economic future of this country. As Congress prepares for an overhaul of our immigration system, it is imperative that immigrant integration programs get the attention and funding they deserve.