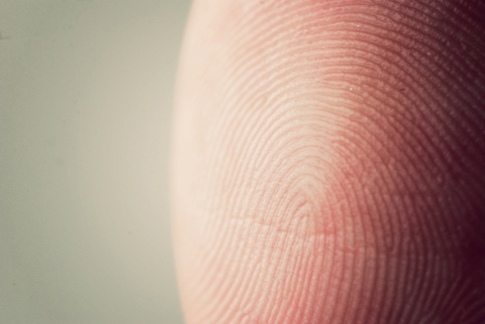 So how does Secure Communities work? When individuals are arrested and booked into jail, their fingerprints are sent to federal databases and are checked against immigration databases, in addition to the other ones that are standard following an arrest. This allows ICE to search for an individual’s criminal and immigration history. If there is a “hit,” meaning that the arrested person is matched to a record indicating an immigration violation, ICE evaluates each case to determine if enforcement action is needed and whether it has the resources to process the case. If ICE wishes to proceed, it will issue a detainer—a request from ICE that the arresting agency notify ICE before it releases the person so that ICE can transfer him/her to ICE custody.

ICE reports that as of August 31, 2009, 82,890 fingerprint submissions resulted in a database match. As a result of Secure Communities, ICE had issued 16,631 detainers.

Who are the people being identified through Secure Communities? At first the program claims to prioritize “the most dangerous criminal aliens” —those convicted of Level 1 crimes (major drug offenses and violent offenses), as compared to Level 2 (minor drug offenses and property offenses) or 3 (other offenses) convictions. However, the data ICE has released so far paints a somewhat different picture.

It turns out that the vast majority of immigrants tagged have been charged or convicted of low level crimes such as traffic violations. In other words, while a few really bad guys have been captured, many more people who were simply charged with misdemeanors have been detained through Secure Communities. Local taxpayers are paying to detain them, and the federal government spends scarce federal dollars to deport them. We need to ask whether Secure Communities is really prioritizing the “worst of the worst,” or spreading too wide a net.

There are also concerns that police officers working in areas that have Secure Communities in their local jails have an incentive, or at least the ability, to make arrests based on race or ethnicity, or to make pretextual arrests of persons they suspect to be in violation of immigration laws, in order to have them run through immigration databases once they are jailed. Experience with the Criminal Alien Program (CAP), a similar jail-based program, has shown that arrests of Hispanics for traffic offenses increased dramatically after CAP was implemented. Is this really what ICE has in mind?

And if immigrants are afraid to report crimes to the police because they know there’s an ICE presence in the local jail, the community is not made any safer.

The Administration has big plans for Secure Communities, which is currently operating in 81 jurisdictions across nine states. ICE plans to have a Secure Communities presence in every state by 2011, and plans to implement the program in each of the 3,100 state and local jails across the country by 2013. The FY2010 DHS appropriations bill contains $1.5 billion for identifying and removing criminal aliens, including $200 million for Secure Communities.

Of course enforcing immigration laws and removing dangerous criminals from the U.S. are important. But in doing so, ICE must maintain fairness and due process, be transparent about their goals and activities, conduct public outreach, keep good statistics about Secure Communities, and maintain open lines of communication with advocates and communities. The program must be carefully monitored and evaluated.

The questions and concerns around Secure Communities are also more evidence that we need to move forward with comprehensive immigration reform. Enforcement-only policies and attempts to deport away the problem will fail. In a well-functioning system—one in which illegal immigrants, who do not pose a security threat, are required to legalize their status, and future immigrants enter legally—our federal and local law enforcement agencies could focus their scarce resources on really dangerous criminals— the worst of the worst—immigrants and citizens alike.