E-Verify Gets It Wrong, Again 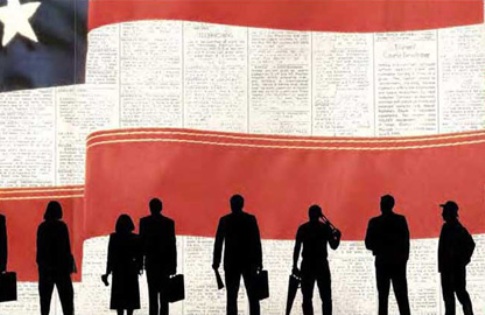 Another independent evaluation of the E-Verify program once again confirms what advocates have been saying for years—E-Verify doesn’t work. A new evaluation of the federal employment authorization program—conducted by Westat, a research company, in December 2009—is now available on the E-Verify website. The system only detected unauthorized workers about half of the time. The evaluation found the program couldn’t confirm whether the documents workers were presenting were their own. As a result, “many unauthorized workers obtain employment by committing identity fraud that cannot be detected by E-Verify,” according to Westat. The “inaccuracy rate for unauthorized workers” is about 54%.

We have to remember that a good percentage of the approximately 3% who receive final nonconfirmations are actually work authorized. Legal workers might not contest an initial nonconfirmation because they find a different job, or because the employer never tells them that there was a problem that they should fix. And some of those 97% who are confirmed are using fake documents, but E-Verify can’t detect it.

Westat also looked into these possibilities and estimated the total “accuracy” and “inaccuracy” rates. They found that 96% of all E-Verify’s initial responses were correct. However, they also found that 4.1% of initial responses were wrong—0.7% of the time legally authorized workers were flagged as not work authorized, and perhaps most alarmingly, 3.3% of all E-Verify cases involved unauthorized workers who got through the system. In other words, in 3.3% of the cases, E-Verify did not detect that an unauthorized worker was using false documents.

Overall, E-Verify missed about half of unauthorized workers—which is the one thing that E-Verify is supposed to do—root out undocumented workers—and it fails.

It might not seem too important that 4.1% of all initial responses are wrong as people tend to focus on the 96% accurate number. But currently, only about 185,000 employers —or less than 3% of the 7-8 million U.S. employers—use E-Verify. These are relatively small numbers, especially if we look at the possibility of E-Verify being made mandatory for all employers, as some in Congress would like to do. An incorrect 4.1% initial response rate of all workers in the United States would mean that millions of workers could get wrong answers.

Over the next few weeks, as the job bills make their way through Congress, we are likely to see attempts to expand E-Verify and make it mandatory. Lawmakers should keep Westat’s findings in mind as they seal the fates of millions of U.S. workers and spend billions of U.S. taxpayers’ dollars.