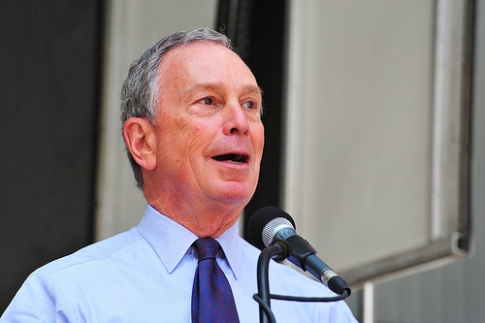 New York Mayor Michael Bloomberg recently banded together with other titans of industry—media magnate Rupert Murdoch, Goldman Sach’s Lloyd Blankfein, Kenneth Chenault of American Express—to reiterate what academics and advocates have been saying for years: immigrants are critically important in “doing the work and creating the businesses that keep our economy strong and growing.” Mayor Bloomberg is one of the founders of Partnership for a New American Economy, a growing bipartisan group of mayors and business leaders who are urging others to consider the economic benefits of immigration reform. Secretary of Labor, Hilda Solis (the daughter of immigrants) also recently stepped forward to highlight the benefits of DREAM and the value of keeping talented students in the U.S.

On Meet the Press over the weekend, Mayor Bloomberg argued that anyone who “gets a graduate degree in America from overseas” should get “a green card attached to their diploma” and called it “national suicide” to try to deport immigrants after educating them. And in a recent radio address, Mayor Bloomberg emphasized how critical immigrants—specifically potential DREAM Act beneficiaries—are in the development of our economy:

But why shouldn’t our economy benefit from the skills these young people have learned right here in our public schools? They’ve played by the rules, worked hard, and shown they value education or military service. They are just the kind of immigrants we need to help solve our unemployment problem. Some of them will go on to create new small businesses and hire people. Others may discover the next life-saving drug or pioneer the next big invention.

Secretary of Labor Hilda Solis also stepped forward to urge the Senate to pass DREAM and echoed the economic benefits of keeping talented DREAM students in the United States:

The DREAM Act gives some of our nation’s brightest students a fighting chance. It eliminates barriers to higher education that often result in high drop out rates. It provides powerful incentives to stay in school . . . and to graduate. The bottom line: workers with more education fare much better than workers with less…I see important economic reasons to pass it.

There’s no reason why it shouldn’t receive that kind of support in the Senate. It’s time to act. Now.

The economic evidence is clearly stacked against those who paint the DREAM Act as too costly or detrimental to the U.S. economy. According to the Congressional Budget Office (CBO), the House version of the DREAM Act (H.R. 6497) “would reduce deficits by about $2.2 billion over the 2011-2020 period.” A 2010 study by the UCLA North American Integration and Development Center estimates that the total earnings of DREAM Act beneficiaries over the course of their working lives would be between $1.4 trillion and $3.6 trillion.

From a purely economic perspective, Mayor Bloomberg and his band of seasoned business tycoons are asking America a very simple question, how can Congress afford NOT to pass a piece of legislation that so clearly keeps America’s economy competitive and robust? The Senate is expected to vote on the DREAM Act later this week or early next week.