How Expanding E-Verify Hurts the Economy and American Workers 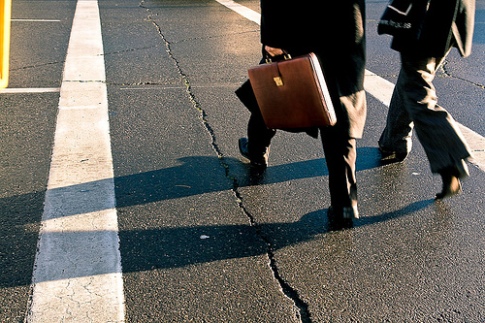 The Government Accountability Office (GAO) recently released a report, Employment Verification: Federal Agencies Have Taken Steps to Improve E-Verify, but Significant Challenges Remain. GAO’s verdict on E-Verify (a program to verify the employment eligibility of new hires) is in: this program is not yet ready for prime time. According to GAO, risks posed by mandatory E-Verify range from encouraging employers to skirt the rules to job losses for native born and immigrant work-authorized people alike. Policymakers who want to roll out this flawed program as quickly as possible should heed the report’s warning that “significant challenges remain” with E-Verify.

Arizona, the first state to make E-Verify mandatory for all employers, provides a peek into a possibly bleak future of mandatory E-Verify without first legalizing the undocumented workforce. In fiscal year 2009, almost half of new hires in Arizona were not put through E-Verify, meaning that many employers would rather risk state-incurred penalties than use the system. Worse, the report found that unscrupulous employers are also instructing workers to use documents that will help them get around the system. A 2009 Department of Homeland Security (DHS)-funded study also found that Arizona employers are less compliant with E-Verify procedures than other E-Verify employers. The likely reason is that unlike most E-Verify users, Arizona employers did not volunteer to use the program. The GAO report points out that while DHS has increased its E-Verify staff, it remains limited in its ability to ensure employer compliance with E-Verify policies and procedures.

Policymakers, including Lamar Smith, like to claim that making E-Verify mandatory will protect American workers and eliminate the job magnet that draws undocumented workers to the U.S. Unfortunately, these claims are not based in reality. When the economic need arises, undocumented workers and their employers have always simply found a way around programs aimed at shutting them out, either by seeking more sophisticated fraudulent documents, or by moving into the underground economy.

These tactics do more than push some workers under the table. The Congressional Budget Office has estimated that a mandatory E-Verify program without legalizing the existing undocumented workforce would decrease federal revenue by more than $17.3 billion over ten years, primarily because workers and employers would take their taxes off the books.

Mandatory E-Verify won’t just hurt our economy; native-born and immigrant workers alike stand to lose their jobs if this system incorrectly identifies them as not authorized to work in this country. Recently, a U.S. citizen in Florida lost her job due to an E-Verify database error. Despite pleas to government officials to remedy her situation, she has been unemployed for several months.

This U.S. citizen’s case is not unique: using error rates reported in a DHS-funded study, approximately 32,800 workers were erroneously fired in Fiscal Year 2009 due to E-Verify. This number would conservatively grow to 617,148 workers in a mandatory system, and independent employers have reported much higher error rates from their own experience. With a national unemployment rate hovering at 9.5 percent, this is a risk we cannot afford.

The GAO report noted that DHS is making improvements to the system, but that it is far from perfect. Until we have a verification system that protects all authorized workers as well as a legal workforce that meets our economic needs, E-Verify will only result in hurting our county’s economy at a time when we can ill-afford it. Policymakers should not gamble away America’s economic future to win a few cheap political points off the backs of workers.