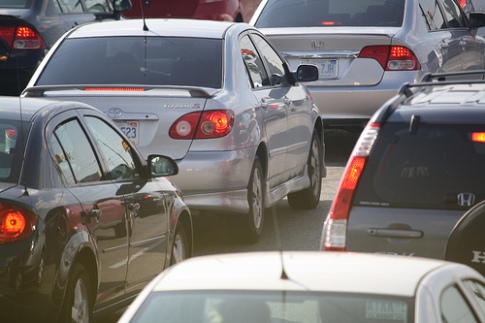 Yesterday, a panel in South Dakota’s legislature voted to halt legislation aimed at denying citizenship to U.S.-born children of undocumented immigrants. South Dakota’s bill—and others like it—propose measures which challenge the interpretation of the 14th Amendment, which states that, with very few exceptions, all persons born in the U.S. are U.S. citizens, regardless of the immigration status of their parents. While conservative lawmakers continue to introduce bills challenging the birthright citizenship clause, other states—like Arizona and Montana—are joining South Dakota’s lead in deciding whether to move these bills forward.

South Dakota’s House Judiciary Committee voted 8 to 5 yesterday to put the brakes on HR 1199, a bill introduced by Rep. Manny Steele which calls on the Governor to join a compact with other states to issue two different types of birth certificates—one for those considered “natural-born U.S. citizens” and another singling out those whom the state does not consider a citizen. Executive Director of the State Bar of South Dakota, Tom Barnett, questioned whether the bill is constitutional while Sam Ellingson of South Dakota’s ACLU said the “U.S. Supreme Court has already ruled that all children born in the U.S. are citizens regardless of their parents’ status. A state legislature cannot decide which people are citizens.”

Unfortunately, Rep. Steele didn’t come up with this all by himself. His bill is part of a concerted effort by a group called the State Legislators for Legal Immigration (SLLI) who, earlier last month, held a press conference introducing two measures challenging birthright citizenship. One measure is a state compact (upon which South Dakota’s bill is based) requiring states to issue two different birth certificates depending on the citizenship of the child’s parents and the other is a bill which defines “state citizenship” to exclude the American-born children of undocumented immigrants. SLLI members admit that they don’t expect these measures to have a practical effect, rather, they are intended to spur costly legal challenges so that the Supreme Court will take up the case and reinterpret the 14th Amendment.

Arizona Senate Judiciary Committee chairman, Sen. Ron Gould, held up two such measures (SB1308 and SB1309) yesterday after three hours of testimony when it became clear the measures did not have enough votes to pass. The measures, however, can still be voted upon at a different time or assigned to a “friendlier” committee. State Sen. Kyrsten Sinema pointed out that the way these measures are currently written actually denies citizenship to children born to U.S. soliders in bases overseas, which, as Sinema continues, “would have denied our very own United States Sen. John McCain the benefits and recognition of Arizona citizenship under this law.”

Similarly, Montana Governor Brian Schweitzer said he will not sign HB 392, a measure introduced by Republican Representative James Knox which denies citizenship to dual-citizens and Native Americans, in addition to children who do not have at least one legal citizen parent. The Governor also said he would “veto any unconstitutional bills.”

Aside from the intention to waste taxpayers money, these bills do nothing to actually solve the problem of undocumented immigration. They are what Jennifer Rubin of the Washington Post called bills “in search of a problem.” Hopefully, other state legislatures will call out similar attempts to amend or reinterpret the 14th Amendment for what they are—unconstitutional, wasteful and frankly, un-American.