Some States Try to Harness the Economic Power of Immigrant Entrepreneurs 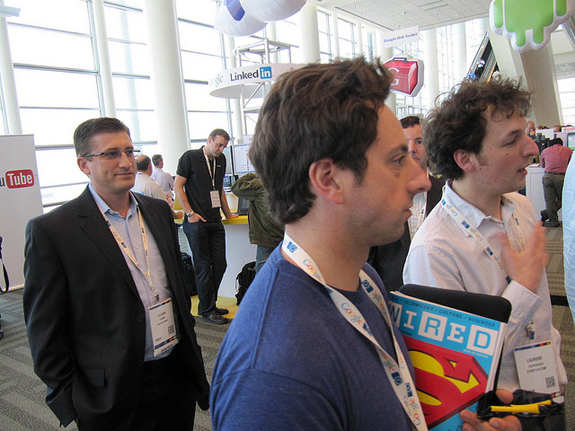 Despite restrictionists’ repeated attempts to scapegoat immigrants for U.S. unemployment and a flailing economy, research suggests that immigrants actually create jobs through their purchasing power and entrepreneurship—that is, immigrants buy goods and services from U.S. businesses and creating their own businesses, both of which sustain U.S. jobs. According to a new study released this week by the Kauffman Foundation, “immigrants were more than twice as likely to start businesses each month than were the native-born in 2010,” which is why states like New York are sponsoring programs to help immigrant entrepreneurs reach their full economic potential.

The Kauffman Index of Entrepreneurial Activity, which measures business creation by capturing the percentage of new business owners per month, found that:

The city of New York understands this economic potential. New York City’s Economic Development Corporation and Deutsche Bank are sponsoring a competition to encourage new which immigrant entrepreneurs. Contest winners will receive up to $225,000 to help with credit access, financial management, and other expenses. Mayor Michael Bloomberg is one of the biggest proponents of the plan:

Bloomberg says that “immigrant entrepreneurs and the businesses they launch have long been drivers of innovation and enterprise in New York City.” Immigrants make up more than 40 percent of the city’s work force and about half of the city’s self-employed workers.

Mayor Bloomberg is also a Co-Chair of the Partnership for a New American Economy, which “brings together a bipartisan group of mayors from across the country and business leaders from all sectors of the economy to raise awareness of the economic benefits of sensible immigration reform.” The Partnership, recognizing the economic importance of immigrants, supports increased opportunities for immigrants to enter the U.S. workforce in order to attract the best and brightest workers to start new businesses and strengthen our economy.

The growth of immigrant entrepreneurs is even more amazing when you think about the political climate in many states. For instance, Georgia led the nation in new business start ups in 2010, thanks in large part to businesses started by immigrants. Nonetheless, the Georgia legislature is trying to push through harsh anti-immigrant legislation, despite objections from local business leaders. This seems like a classic case of biting the hand that feeds you and a bad choice for Georgia’s long-term future.

The better choice is to support immigrant workers and entrepreneurs in today’s adjusting economy. States focused on real economic recovery seek to integrate and assist immigrants in the creation of jobs and businesses, rather than focus on destructive measures that will only end up hurting their economies.