Immigrant Entrepreneurs May Speed Up Our Economic Recovery 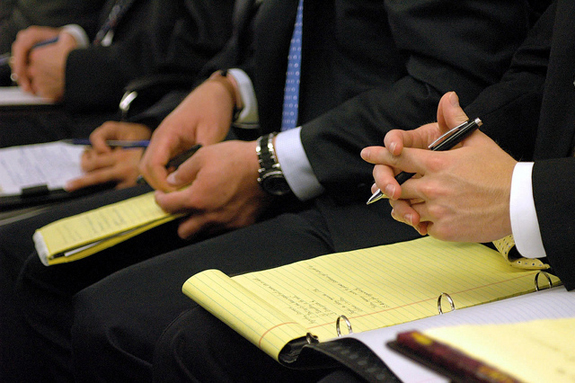 As America’s economic recovery continues to be a national priority, leaders on both sides of the aisle are finally beginning to look at reforming our nation’s immigration system as a strategy for promoting job creating and growth. President Obama commented in his State of the Union Address that instead of expelling immigrants, we should make it easier for them to start new businesses. This Monday, House Majority Leader Eric Cantor (R-VA) commented that “if bringing in high-skilled workers from abroad helps us keep thousands of jobs here in America, our antiquated laws should not be a barrier.” And in a bipartisan effort last week, Senators John Kerry (D-MA), Mark Udall (D-CO), and Richard Lugar (R-IN) introduced the StartUp Visa Act of 2011 (Senator Kirsten Gillibrand (D-NY) has also joined as a co-sponsor). The bill is intended to “drive job creation and increase America’s global competitiveness by helping immigrant entrepreneurs secure visas to the United States.”

The realization that immigration policies can and should be used as a valuable tool for economic recovery is a welcome change from the myopic view that tougher enforcement policies are the only things that matter when it comes to immigration. However, whether the reform proposals can achieve these laudable goals depends on the details.

The bill would create a new visa category, “EB-6”, in addition to the existing “EB-5” investor visa category, in order to allow immigrant entrepreneurs to “start up” new businesses in the U.S. In order to qualify for the new EB-6 visa for entrepreneurs, the immigrant would have to satisfy one of the following three sets of criteria:

Among other concerns that have been raised about the proposal, the bill does not increase the number of authorized visas overall, instead, visas are taken away from the existing allotment of EB-5 investor visas. Unfortunately, robbing Peter to pay Paul doesn’t really help drive the message that the United States is interested in using the immigration system to create more investment opportunities. Although the annual allotment of EB-5 investor visas have not been fully used in recent years (only 4,191 of the available 9,940 investor visas were used in 2009), the goal should be to institute reforms that change that reality, not to take away the potential for more EB-5 investors .

The StartUp Visa Act—which was first introduced in 2010 after being debated in 2009—is designed to address issues of brain drain and immigration limbo, where talented immigrants are forced to wait in line for years before they can obtain visas to work permanently in the U.S., and often leave before doing so. If the U.S. is to remain competitive globally (Great Britain recently passed legislation to speed up the visa process for big investors and entrepreneurs), it must attract and retain the best talent from around the world. According to Vivek Wadhwa, an entrepreneur turned academic and Director of Research for the Center for Entrepreneurship at Duke University:

… the fact is that skilled immigrants create jobs; and recipients of the startup visa will not be allowed to stay in the U.S. permanently unless they do. Right now, these job creators have no choice but to take their ideas and savings home with them and become our competitors. This legislation allows them to create the jobs here.

Entrepreneurship is vital to overall job creation. A report by the Kauffman Foundation found that job growth in the U.S. is driven almost entirely by startup companies. Specifically, the report found that on average, existing firms lose about 1 million net jobs per year, while new firms add 3 million net jobs per year. In other words, without new companies and the entrepreneurs who start them, our economy would likely be in worse shape than it already is. Immigrant entrepreneurs are an important part of this equation.

If Congress is serious about our nation’s economic recovery, they must earnestly consider and debate legislation like the StartUp Visa Act, with the goal of creating more investment opportunities and spurring innovation and entrepreneurship through U.S. immigration policy. While Congress has lately been reluctant to discuss any immigration issue other than border security, renewed focus by President Obama, the members of the Senate introducing this legislation, and the House Majority Leader may signal a willingness to take this issue on.