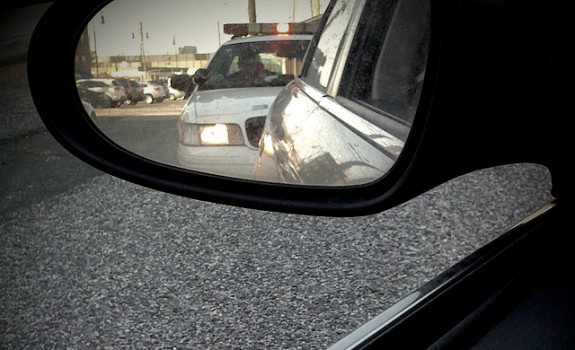 Like Arizona, Utah and Georgia before it, Alabama became the fourth state to pass Arizona-style immigration enforcement legislation—legislation that in some aspects goes beyond Arizona’s immigration law. Last week, Alabama’s Republican-controlled House and Senate passed HB 56, a bill which, among other things, authorizes local police to inquire about the immigration status of anyone they “reasonably suspect” is not authorized to be in the country during a stop. Who is “reasonably suspicious?” Apparently those without driver’s licenses, those who “act nervously,” and those whose vehicle tags don’t match registration records.

In addition, Alabama’s HB 56 bars undocumented students from enrolling in public colleges and requires Alabama public schools to determine the immigration status of their students, publish the total number of enrolled immigrants, regardless of status, and report on any costs associate with the education of undocumented immigrant children.

Alabama Governor Robert Bentley is expected to sign the bill, which would go into effect January 2012. Some Democrats in the state, like state Sen. Linda Coleman of Birmingham, said the bill will lead to discrimination. Advocates, likewise, are calling the bill unconstitutional and are threatening to “take action” should the governor sign the bill. According to Cecillia Wang of the ACLU:

“This bill invites discrimination into every aspect of the lives of people in Alabama,” said Cecillia Wang, director of the immigrants’ rights project of the American Civil Liberties Union, which has brought legal challenges against several state immigration-control laws. Calling Alabama’s bill “outrageous and blatantly unconstitutional,” Ms. Wang said, “We will take action if the governor signs it.”

To date, 26 states have rejected Arizona-style immigration legislation and the states that have passed similar laws—Arizona, Utah and Georgia—are all facing costly legal challenges.