Why the Enforcement-Only Mentality Leads to an Economic Dead-End 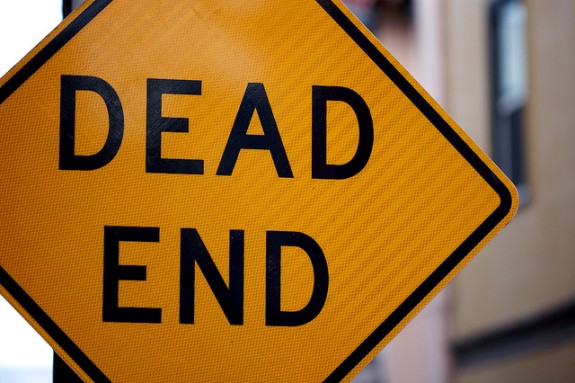 In the world of immigration restrictionists, there is no economic or social problem for which immigrants cannot be blamed. So it should come as no surprise that the Center for Immigration Studies (CIS) released yet another report yesterday blaming immigrants for unemployment and underemployment among native-born workers. While the report does marshal an impressive array of grim employment statistics, none of them has anything to do with the report’s main conclusion: that millions of under- and unemployed natives would magically have jobs were unauthorized immigrants to go away.

In the real world, however, immigrants and native-born workers cannot simply be swapped for one another. They tend to live in different places, have different levels of education, work in different occupations, and specialize in different tasks. Moreover, all workers—immigrant and native-born alike—are also consumers who sustain the jobs of other workers through their purchasing power. In short, the labor-market arithmetic of CIS just doesn’t add up.

Immigrant and native-born workers are unlikely to be in the same labor markets for a number of reasons:

CIS casts aside all of these considerations and pretends that workers are all the same and that there is some fixed number of jobs for which these identical workers compete. This sort of thinking underlies the report’s conclusion that “if through enforcement a large fraction of illegal immigrants returned to their home countries, there would seem to be an ample supply of idle workers to replace them, particularly workers who have relatively little education.” However, the solution to unemployment in the United States is not to embark upon a cruel and costly effort to forcefully persuade more than 11 million unauthorized men, women, and children to leave the country. We would only end up with a smaller economy and fewer jobs—and we would have done nothing to actually create economic growth and new jobs. The enforcement-only mentality of CIS is an economic dead-end.