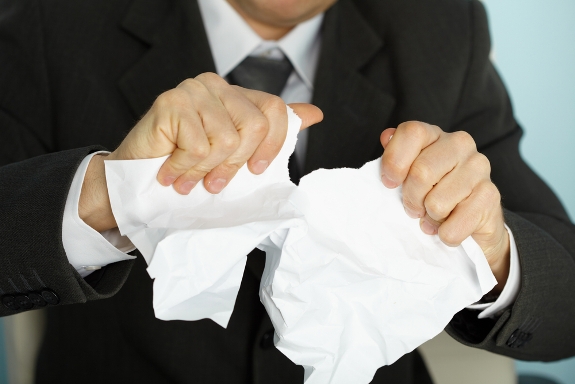 Late Friday afternoon, the Department of Homeland Security (DHS) provoked outrage from immigration groups when it announced the termination of Secure Communities Memorandum of Agreements (MOAs) with state and local governments. DHS initially entered into MOAs with state officials as a way to encourage voluntary participation in Secure Communities, an enforcement program which runs the fingerprints of individuals booked in local jails through federal databases. Last October, however, following attempts by local jurisdictions to terminate their MOAs, DHS Secretary Janet Napolitano announced that Secure Communities was not a voluntary program after all. DHS’s latest about-face this week has only further angered immigration activists, many of whom are calling on DHS to end the program.

Director of Immigration and Customs Enforcement (ICE), John Morton, issued a letter Friday to 40 local officials who previously signed up Secure Communities announcing the termination of their MOAs. According to ICE, this announcement was meant to clear up any confusion over whether the MOAs gave localities a choice in participating in the program.

In a letter to Gov. Jack Markell of Delaware on Friday, Mr. Morton said that his agency was canceling the agreements because it had determined that they were “not required to activate or operate Secure Communities.”

“We are going to bring to an end any questions about whether or not we are requiring any state involvement in immigration enforcement,” a senior official from Immigration and Customs Enforcement said in an interview on Friday.

To date, governors in Massachusetts, New York and Illinois have tried, without success, to terminate their MOAs, citing the program’s failure to target serious criminals. Law enforcement leaders and city officials across the U.S. have also openly criticized the program for casting too wide a net and for eroding trust between police and community members. And the criticism doesn’t stop there.

California Congresswoman Zoe Lofgren (D-CA) has called for an investigation into the actions of federal immigration officials whom she believes initially lied about whether states and localities had the right to opt-out of the program. DHS plans to make Secure Communities, which is currently activated in 1,508 jurisdictions in 44 states, active in every state by 2013.

Immigration advocacy groups are now outraged over DHS’s announcement on Friday, charging that the government has consistently dismissed the concerns of community, ensnared immigrants in a “virtual dragnet” and put them in a “deportation pipeline.” Other groups, like Fair Immigration Reform Movement (FIRM), called DHS “just plain wrong”:

“This program has contributed to the record number of detentions and deportations in 2010 that failed to take into account whether a person was innocent or guilty, and encourages racial profiling,” said FIRM spokesperson Marissa Graciosa. “This program has created fear within immigrant communities that any contact with police could lead to deportation.  And to now say the program is mandatory is just plain wrong.”

While immigration groups continue to express their anger and distrust over DHS’s controversial Secure Communities program, one thing remains clear: when it comes to immigration enforcement, DHS has a long way to go to prove to immigration advocates that it can be trusted. While that should concern DHS officials, Friday’s actions only add to the agency’s problems with state and local law enforcement officials—officials who were once treated as partners but are now being told that they have no say in whether or when Secure Communities comes to their town.