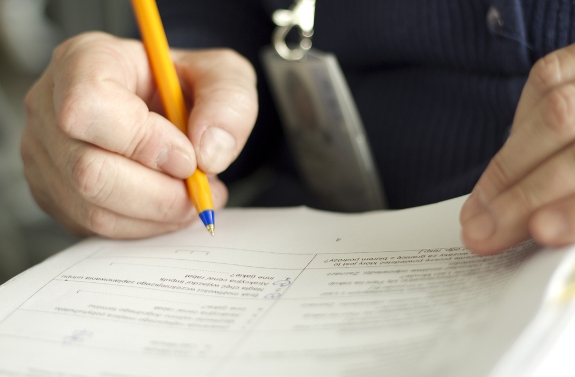 Today, the Department of Homeland Security (DHS) announced an agency-wide expansion of prosecutorial discretion guidelines that will hopefully allow immigration officials to focus their enforcement efforts on targeting dangerous criminals. DHS also announced the creation of a joint committee with the Department of Justice (DOJ) that will review nearly 300,000 immigration cases currently in removal proceedings to determine whether cases are low priority enough to be closed. The factors for determining low priority cases were outlined last June in a memo issued by Immigration and Customs Enforcement (ICE) Director John Morton. While many immigration groups applaud today’s announcement, many are still concerned about DHS’s ability to successfully implement these guidelines.

In a letter to Senator Dick Durbin (D-IL) and 21 other senators, DHS announced today that immigrants who are not high priority targets for removal will have the opportunity to request prosecutorial discretion on a case by case basis.  Identified in a memo by ICE Director John Morton last June 17, low priority cases include persons who:

On a conference call today, the White House clarified that within a few months, ICE attorneys will review every case scheduled for a hearing in order to identify cases which meet the above criteria. Additionally, the new guidelines will be issued to ICE, USCIS, and CBP officers to ensure that they appropriately exercise discretion when determining whether a low priority case should be referred to immigration court. The White House also announced that a new joint committee made up of government officials will review the nearly 300,000 cases currently in removal proceedings, which may take several months. Once an immigration case is closed, the individual is eligible to apply for work authorization.

Although some groups were quick to criticize today’s announcement as political pandering, others, like one of the President’s most vocal critics, Rep. Luis Gutierrez (D-IL), applauded the effort as a good start:

This is the Barack Obama I have been waiting for and that Latino and immigrant voters helped put in office to fight for sensible immigration policies.  Focusing scarce resources on deporting serious criminals, gang bangers, and drug dealers … is the right thing to do and I am proud of the President and Secretary Napolitano… This action does not address all of my concerns, but it is the start of a process that will save many American families and individuals who deserve to live long and productive lives in this country.

Today’s announcement was indeed a positive step forward for DHS and the Administration, especially on the heels of the hotly contest Secure Communities program. Immigration groups are understandably weary of whether DHS will hold itself accountable to today’s announcements. But as groups monitor the implementation of these guidelines in the weeks and months ahead, let’s hope DHS provides enough transparency and infrastructure to make these guidelines a reality.