Tell Me Again How Alabama’s Immigration Law is a “Victory for the State?” 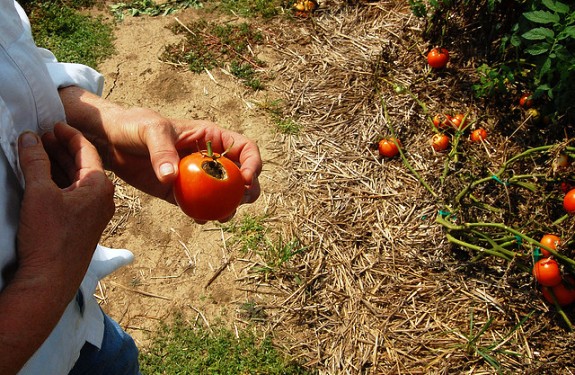 Almost immediately after Judge Sharon Blackburn failed to enjoin key provisions of Alabama’s draconian immigration law (HB 56) last week, Alabamans began to feel the sting of the law’s harsh provisions. As immigrants leave the state, farmers, contractors, and homebuilders complain that labor shortages are and will continue to hurt their businesses. School administrators worry absent students will result in the loss of future funding. Immigrant rights groups fear the law will prevent victims from reporting crime to the police and pregnant women from going to the hospital. While Alabama Governor Robert Bentley hailed HB 56 as a “victory for the state,” the law’s intended and unintended consequences have proven to be anything but.

Supporters of Alabama’s restrictive law—which requires, among other things, police to demand proof of immigration status from those reasonably suspected to be here without documents—commented that the widespread fear in Alabama means the law is working. But tell that to local tomato farmer Chad Smith who said his family’s farms stands to lose as much as $150,000 this season with no one to pick tomatoes. Another farmer, Wayne Smith, added that there “might not even be a growing season next year.”

Bill Caton, president of Associated General Contractors of Alabama, said that estimates show that nearly one-fourth of the state’s commercial building work force has fled since Judge Blackburn’s ruling, leaving contractors, roofers and landscapers in the lurch. In Montgomery, landscape business owner Rick Pate said he lost two of his most experience legal workers whom he spent thousands training. In Tuscaloosa, where devastating tornadoes struck last April, many worry the lack of workers will hinder the town’s recovery efforts.

School administrators also worry that Alabama’s law will impact the state’s already cash-strapped school system, given that the law requires administrators to ask enrolling children about their legal status and that of their parents. According to Alabama’s Department of Education, 2,285 Hispanic students (of 34,000 Hispanic students state-wide) were absent from school on Monday.

The school system receives some funds from the state based on enrollment … Thompson said the system stands to lose money if absent students withdraw. Also, if absent students don’t show up in time for testing, the system could fail to meet participation requirements needed to make Adequate Yearly Progress [a federal accountability measure for schools.]

Aside from the impact on state business and schools, HB 56 is causing many people—documented and undocumented—to fear being racial profiled. Alabama’s police have already falsely arrested one legal resident whom they thought was here without authorization.

According to Montgomery educator, Lizzette Farsinejad, “[the law] is having an impact on children. Many have come to school fearful, many have cried,” she said. “A lot don’t understand why they are having to leave since they were born in the U.S.” Immigrant rights groups have also reported calls from immigrants worried about reporting crimes to police or pregnant women who fear going to the hospital.

Is this really the victory Governor Bentley was referring to?

While Alabama’s business leaders and school administrators struggle to find a way forward and the Department of Justice seeks an appeal of Judge Blackburn’s ruling, perhaps Alabama legislators should consider the real impact this law is having—not just on undocumented immigrants, but on Alabamans of every race, status, and profession.