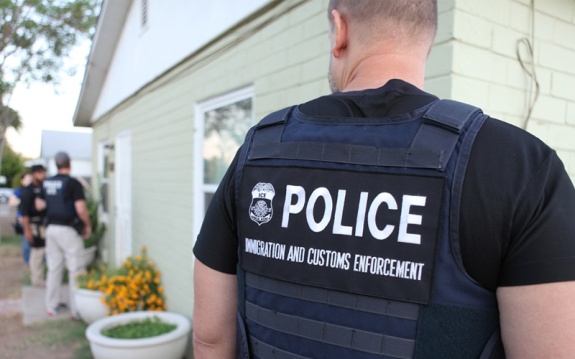 New data on the Immigration and Customs Enforcement’s (ICE) controversial Secure Communities reveals the program’s devastating impact on immigrants, Latinos and U.S. citizens. Released by the Warren Institute at Berkeley Law School, the report, “Secure Communities by the Numbers,” examines the profile of individuals who have been apprehended through the program and funneled through the system. The results are startling. Many communities, in fact, are questioning their level of cooperation with the government on certain aspects of this flawed enforcement program.

The report finds that Secure Communities:

Given the litany of problems inherent in the program, communities are not only questioning the government’s management of Secure Communities, but passing policies to limit cooperation.

In New York, a U.S. District Judge recently ordered the government to turn over documents expected to explain why ICE at first made participation in Secure Communities optional, then mandatory. Advocates hope “the judge’s order will shine light on a program plagued with secrecy and lies.”

Santa Clara County, CA recently passed an ordinance acknowledging that immigration detainers issued by the federal government are requests and are not mandatory. Furthermore, holding immigrants in detention while they wait for ICE to take the immigrant into custody costs the county money. Under the new ordinance, Santa Clara county officials will still hold immigrants that have been convicted of a serious or violent crime, but can choose to ignore other detainers.

In Washington, D.C., Mayor Vincent Gray signed an executive order prohibiting the practice of holding immigrants on ICE detainers for longer than the legally mandated 48-hour period. (The American Immigration Council and other organizations have documented the abuse of the 48-hour rule by local law enforcement agencies.)

The problems with Secure Communities are so wide spread that the Department of Homeland Security (DHS) appointed a task force to recommend fixes for the program. While the task force submitted a list of recommendations in late September, DHS has yet to respond. Meanwhile, DHS recently announced record high deportation numbers for this year—many of which include immigrants identified through Secure Communities who do not have a serious criminal conviction.