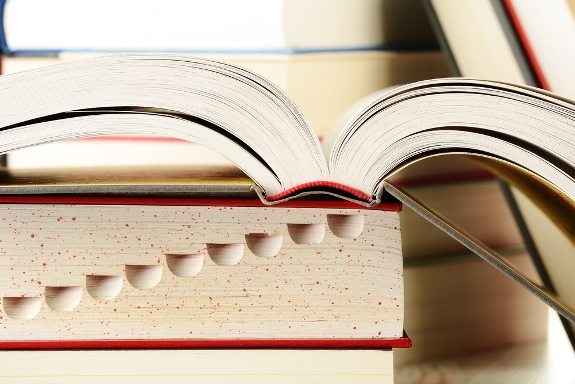 The degree to which the immigration debate has coarsened over the last few years is no more evident than in the pages of the recently released fifth edition of the New American Heritage Dictionary. Among the new entries is the term “anchor baby.” You might think that the definition would read something like: slang, a pejorative description of a child born in the United States to parents without legal status, implying that the parents intend to leverage the child’s citizenship to “anchor” their own presence in the U.S.”  You would be wrong.

Instead, the definition reads:

anchor baby n. A child born to a noncitizen mother in a country that grants automatic citizenship to children born on its soil, especially such a child born to parents seeking to secure eventual citizenship for themselves and often other members of their family.

According to the dictionary’s executive editor, the trick to defining new words is to “to define them objectively without taking sides and just presenting what it is. And, in some cases up, you know, anchor baby is definitely a very charged, politically charged word.”

Although the politically charged nature of the word made defining it difficult, the editors ultimately felt it was best to put the word in with no commentary, claiming “it falls into a gray area where we felt it was better just to state what it was, and then people can filter their own life experiences through the word and judgments on it as they see fit.”

The trouble with this philosophy is that “anchor baby” is not a neutral term, nor from what we have been able to find, has it ever been. First, it appears to be a wholly American term, one mired in the politics of anti-immigrant rhetoric. Those who use it are not in the business of clinically describing some sort of sociological phenomena. They are instead intent on suggesting that people come to the country illegally and deliberately have babies in order to use their children’s citizenship to acquire legal status of their own.

Second, the New American Heritage Dictionary’s definition ignores the very specific intent of the term and, in fact, gives it more credibility by treating it as some sort of universal description of children who acquire citizenship at birth. This masks the poisonous and derogatory nature of the term, a term which demeans both parent and child and in the process suggests that it is acceptable to call a child born in the U.S—i.e. an American citizen—an “anchor baby.”

What is particularly disturbing about this new definition is that it confuses popularity of a term with neutrality. While the term anchor baby has skyrocketed in usage in the last decade, that usage appears to be spurred by the general explosion of anti-immigrant rhetoric, blogs, and other media outlets. Objective reporters tend to put the phrase in quotations, to indicate that the term is a loaded one.

In fact, back in 2006, Chicago Tribune columnist Eric Zorn received complaints about his reference to the child of an illegal immigrant seeking sanctuary in a Chicago church as an “anchor baby.” Zorn found that the term isn’t a neutral descriptor, but instead, according to one of his sources, it’s a way to dehumanize the children of undocumented immigrants. Upon reflection, Zorn said that the complaints he received were a “good enough reason to regret having used it and to decide not to use it in the future. Sound arguments don’t need loaded language.”

And loaded language needs to be identified as such in the dictionary. The New American Heritage Dictionary acknowledges the derogatory nature of hundreds of terms. By failing to do so with the term “anchor baby,” however, the dictionary implies that the term is acceptable in common usage and misleads the public by insinuating that giving birth to a child in the United States necessarily carries with it the intention of using that child for immigration status.

In an era where politicians and pundits have no qualms about being imprecise, dictionary editors need to be—even if that means calling a term “highly charged,” “political,” or down right nasty. While dictionaries may be neutral, language isn’t. “Anchor baby” is a term that epitomizes the way words reflect and reframe a debate.

UPDATE: Since publication of this blog post, the executive editor of the New American Heritage Dictionary has agreed to revise the definition of to reflect the derogatory nature of the term. Read more…