How Congress Can Better Protect Immigrant Victims of Crime 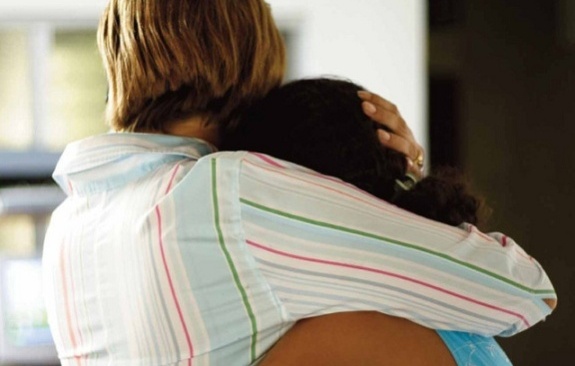 This week the Washington Post reported on two laws that protect victims of domestic abuse who are also immigrants. The story profiles women who were literally saved from abusive relationships by law enforcement who then guided them to programs that offer a special form of immigration relief for victims.

…there are two forms of relief that allow them to obtain legal status on their own. One is the Violence Against Women Act, enacted in 1994 and widely used in the past several years, which permits battered women to apply for work permits and later for legal residency. The other is the “U visa,” in use since 2007, which allows victims of sexual assault and other crimes to win legal residency if they cooperate with police and the judicial system to help prosecute the offender.

This story is timely as last week, the Senate Judiciary Committee voted to reauthorize the Violence Against Women Act, making a number of positive changes to immigration provisions protecting immigrant victims of crime who qualify for U visas. Among the important changes in the bill that the Senate will take up are the addition of dating violence and stalking to the list of crimes covered, better protections for children of U-visa recipients, and the ability to recapture visa numbers that were not used in previous years. Unfortunately, there were some significant trade-offs as well. With respect to the U visa, the original provision to expand the number of visas available annually from 10,000 to 15,000 victims was removed and replaced by the recapture provision.

Another important provision that didn’t make it out of committee involves how a U-visa recipient initially qualifies. The U visa requires certification from law enforcement stating that a qualifying crime occurred, and that the victim had information about the crime and cooperated in the investigation or prosecution. The certification is mandatory; without it, the victim is not eligible for a U visa. The original proposal would have made it easier to get the necessary certification by expanding who within a law-enforcement agency can sign the certification and what level of participation a U-visa applicant must show to qualify. This provision was removed.

As the director of a program that serves U-visa clients, I find removal of this provision to be of great concern. The unfortunate reality is that the U visa is only available to victims who live in jurisdictions with cooperative law enforcement like those highlighted in the Washington Post story, but that is not always the case. They have become the gatekeepers; they decide who can apply for a U visa. Across the country, many law-enforcement officials have created their own arbitrary polices regarding U-visa certification. In some jurisdictions, law enforcement refuses to certify. In other jurisdictions, law enforcement has created protocols that are not consistent with the statute or regulations. Some agencies impose their own statute of limitations to limit victim eligibility. Others apply their own definition of substantial physical or emotional harm. They decide whether the victim was injured, usually without regard to any subsequent emotional harm suffered as a result of the criminal activity. In cases involving the murder of a parent or child, some law enforcement will not certify a case for the surviving children or parents because in their eyes the victim is deceased. As a result, eligible family members are left out of the U visa.

These arbitrary policies continue despite the Department of Homeland Security’s efforts to assist and educate law enforcement about the U-visa certification requirements.  DHS developed an excellent “U Visa Law Enforcement Certification Resource Guide,” and has made itself available to answer policy questions and provide trainings to local agencies. But the arbitrary practices continue. Although the provision didn’t make it out of committee, the Senate should still consider creating an exception to the mandatory law-enforcement certification requirement. The law should allow victims to apply for a U visa if they can demonstrate their cooperation in the investigation or prosecution and their reasonable efforts to obtain certification. This provision works in the T-visa context and can easily be applied to the U visa. This straightforward amendment would provide fair and equal treatment so all victims can apply for the U visa and give them a chance to move forward with their lives.