DREAM Advocates Begin a 3,000-mile March from California to Washington 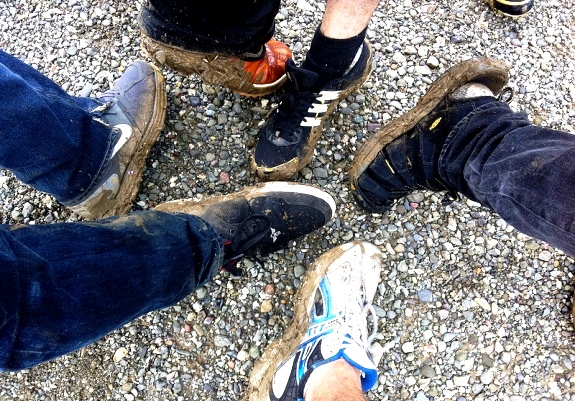 Jose Gonzalez was born in Guadalajara, Mexico in 1987, but he has called California home for almost all of his 25 years.  A community college graduate, as well as a youth minister in his church, Jose wants to attend a four-year university, but his family cannot afford tuition, and he cannot work to pay his own way.  Like many others in his situation, Jose grew up as an American—speaking English, attending school, thinking about college and careers—only to learn one day that his presence here is not legal.

Jose has joined up with five other DREAMers, as they are known, in a walk across America to raise awareness and support for the DREAM Act, a bill that would provide a pathway to legal residency for immigrants who were brought to the United States as children, who have graduated from high school, and who are pursuing higher education or a career in the military.  Currently, they have no pathway to regular status, and must either live in the shadows or face deportation to country of which they often have little or no memory.

That is precisely Jose’s situation.  Though he set out earlier this month from San Francisco with five other marchers, he recently left the group to prepare for an immigration hearing on his removal proceedings on March 27th.

The five marchers recently left Sacramento, where they received official recognition on the California Senate floor.

Potential DREAM Act beneficiaries have become more vocal in the last few years, often risking their entire livelihoods by going public about their immigration status.  When journalist Jose Antonio Vargas, who was on hand in Berkeley to help the walkers kick off their march, confessed in a New York Times Magazine article last year that he is an undocumented Filipino immigrant (he was sent to the U.S. by his parents when he was 12), he wrote of others’ courage in speaking out.  “Last year I read about four students who walked from Miami to Washington to lobby for the Dream Act,” he wrote.  “Their courage has inspired me.”

This time, the trek is much longer, nearly 3,000 miles.  Walking approximately 16 miles a day, six days a week, they hope to reach Washington, DC just before the presidential election in November.

They have gathered a flurry of local media attention along the way, and their progress is being documented via a Twitter hash tag (#CADWalk2012).  You can also follow their blogs, and find out how you can assist them in their journey, on the Campaign for An American Dream website.