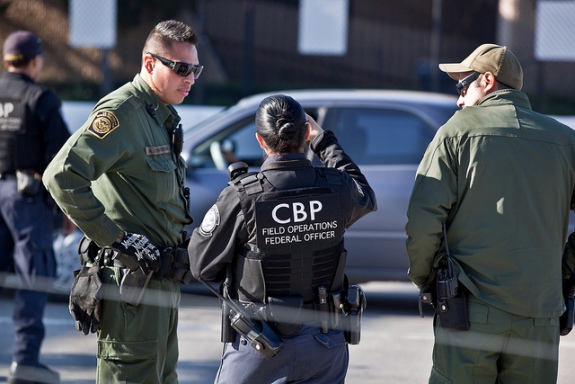 The U.S. Border Patrol’s newly released strategic plan is a decidedly mixed bag when it comes to border security—just like the Border Patrol’s last strategic plan, released in 2004. On the plus side, both documents advocate an intelligence-driven, risk-based approach to border security which focuses on the greatest security threats. Both plans also call for disruption of the smuggling networks which bring unauthorized immigrants, drugs, and other contraband into the United States. On the down side, each plan embraces the simplistic “prevention through deterrence” mentality in which it is believed—or hoped—that heightened border enforcement will scare off unauthorized immigrants and smugglers alike. More broadly, both documents are a reflection of the federal government’s continued misguided emphasis on securing the territory between ports of entry, even though most smuggling now occurs through ports of entry.

To its credit, the 2012 plan is more precise that its 2004 predecessor in defining the security threat posed by smuggling. Specifically, the 2012 plan identifies transnational criminal organizations (TCOs) as “a significant cross-border threat to homeland security. These organizations control most cross-border trafficking in guns and illegal drugs, as well as an increasing percentage of human smuggling.” The latest Border Patrol plan is also more explicit and detailed than its 2004 counterpart in describing the sort of cross-jurisdictional, multi-agency approach to law enforcement that will be needed to defeat TCOs.

Nevertheless, the latest Border Patrol plan over-states the extent to which it departs from the past. For instance, the “risk-based strategic plan” of 2012 is contrasted with the “resource-based strategy” of 2004. Yet a central tenet of the 2004 plan was the use of “intelligence-driven operations” that would “target areas of greatest risk.” Likewise, the 2012 plan proposes to deal with “illegal entrants” into the United States through “a new Consequence Delivery System (CDS) that guides management and agents through a process designed to uniquely evaluate each subject and identify the ideal consequence to break the smuggling cycle.” Yet this “new” system is simply the old “prevention through deterrence” approach dressed up in new clothes. And it was a fundamental component of the Border Patrol’s 2004 strategic plan as well.

Herein lies the greatest weakness of the Border Patrol’s new plan. As it acknowledges, the U.S. Border Patrol is tasked with “securing our Nation’s borders between Ports of Entry (POEs) against all threats.” During the May 8 Congressional hearing at which the plan was unveiled, Marc R. Rosenblum, a Specialist in Immigration Policy at the Congressional Research Service, pointed out that “many of the most serious transnational criminal and terrorist threats to the United States may be more likely to exploit points of vulnerability at ports of entry (POE) and at northern and coastal borders.” In other words, sinking more resources into Border Patrol enforcement between ports of entry is not necessarily the best way to bring down the transnational criminal organizations which the Border Patrol wants to defeat.

As many border experts have pointed out, “securing” the U.S.-Mexico border will require a comprehensive, integrated, bi-national assault on the TCOs that smuggle immigrants and drugs into the United States, and guns and money out of the United States. TCO leaders must be put behind bars, and their money laundering operations shut down. Moreover, POEs must be modernized and adequately staffed, since this is where most smuggling is taking place. Building fences and chasing unauthorized workers through the desert will not do the job.