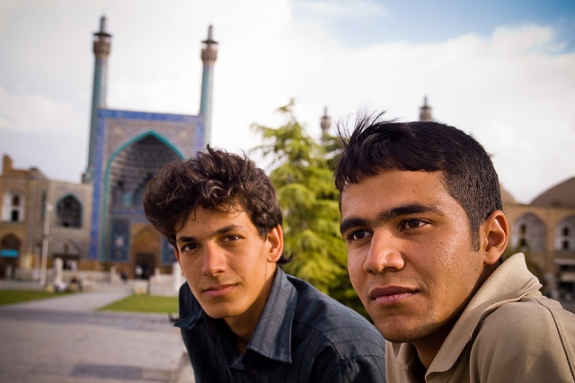 For a long time after 9/11, immigration reform was only discussed as a national security issue, and many policies were put in place aimed at stopping terrorists from entering the country. Unfortunately, some of these policies—such as the National Security Entry-Exit Registration System (NSEERS) program—targeted particular ethnic groups, promoted profiling, and resulted in discrimination and civil rights violations. In recent years, the Obama administration has made efforts to end the NSEERS program, but NSEERS still exists and the impact of these policies is still being felt in immigrant communities. In fact, the Rights Working Group, a coalition of civil rights organizations, recently released a report, The NSEERS Effect: A Decade of Racial Profiling, Fear, and Secrecy, which analyzes the continuing impact of this post-9/11 policy.

The National Security Entry-Exit Registration System (NSEERS), or “special registration,” was a policy initiated by the Department of Justice (DOJ) in 2002, and DHS took it over in 2003. The most controversial piece of NSEERS required all males on temporary nonimmigrant visas who were 16 years old or older from 25 countries to register at local immigration offices, be fingerprinted, photographed, and subjected to lengthy interrogations. Most of the countries listed have predominantly Muslim populations.

NSEERS consisted of three parts: 1) port-of-entry registration, fingerprinting and photographing of males from certain countries; 2) “call-in” registration requiring certain males to register at immigration offices; and 3) exit registration at the time of departure from the country. There were severe penalties for failing to comply, and then-Attorney General Ashcroft made the arrest and deportation of violators and visa overstays a priority.

More than 80,000 men underwent registration, and thousands were subject to interrogations and detention. Many of those who came forward and attempted to comply with NSEERS ended up deported or unable to secure an immigration benefit, and those who failed to comply—even if they were unaware of the requirements—also faced severe consequences. However, many people continue to feel the negative impact of NSEERS, and many families remain separated.

There is no evidence that a single terrorist was identified through NSEERS. The DHS Office of the Inspector General (OIG) concluded that the NSEERS database was unreliable and that the program was an inefficient use of government resources which prevented DHS agents from doing more effective counterterrorism activities. The OIG recommended full termination of NSEERS.

In April 2011, the Obama administration “de-listed” the 25 countries and announced that males from those countries would no longer have to comply with the program. In April 2012, DHS released a memo on individuals impacted by NSEERS, granting limited relief to those who failed to comply if they can prove the noncompliance was not willful.

However, NSEERS still exists and the regulations that created the program are still intact. While no one is currently required to comply, it is possible that the program could be resurrected at any point. It’s important that NSEERS not be resurrected at any point and that DHS be transparent about the impact the program has had. DHS should also exercise prosecutorial discretion in cases where individuals face immigration consequences only because of an NSEERS violation.

Most importantly, it must be acknowledged that racial profiling and targeting of specific groups based on religion or appearance is not an effective counterterrorism tactic.