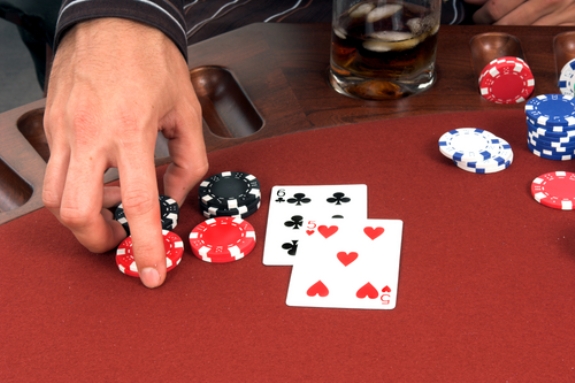 Late last month, after a panel of federal judges unanimously struck down major provisions of Alabama HB 56, a statement issued by Gov. Robert Bentley gave reason to hope the state would graciously concede defeat. Calling it time “to move past court battles,” Bentley said Alabama should turn its focus to the handful of provisions that the panel declined to enjoin. In legal papers filed on Monday, however, Alabama challenged the panel’s ruling and asked for a new hearing before all active judges on the federal appeals court. Although such requests are rarely granted, the filing suggests that Alabama, like Arizona, is prepared to defend its law all the way to the Supreme Court.

As we originally reported last month, seven sections of HB 56 were collectively struck down in a series of rulings from a three-judge panel of the Atlanta-based U.S. Court of Appeals for the Eleventh Circuit. Coming on the heels of the Supreme Court decision invalidating three provisions of Arizona SB 1070, the rulings represented another significant defeat for Kris Kobach and other advocates of the strategy known as “attrition through enforcement.” Although it could have appealed the rulings directly to the Supreme Court, Alabama instead filed petitions for “rehearing en banc,” or requests for reconsideration by all active judges on the Eleventh Circuit.

One of the petitions Alabama filed on Monday arises from the suit against HB 56 filed by immigrants and civil rights’ groups. In that petition, the state challenged the ruling of the three-judge panel striking down the notorious provision requiring school administrators to determine the immigration status of newly enrolling students. The panel held that the provision violated the Supreme Court’s landmark decision in Plyler v. Doe by creating obstacles for undocumented schoolchildren seeking a public education. In response, Alabama now contends that the three-judge panel was not only wrong, but that private organizations lack “standing” to challenge the provision in federal court.

The other petition filed on Monday stems from the Obama administration’s suit against Alabama. In that petition, Alabama challenged part of a separate ruling which struck down provisions of HB 56 that make it a crime to harbor, transport, or induce undocumented immigrants to enter the state, and that prohibit courts from enforcing contracts if one party knew or should have known the other lacked valid immigration status. The panel found the harboring provision to be “preempted” by federal law, and the contracts provision to violate the Constitution itself. In challenging both conclusions, Alabama argues that the three-judge panel went beyond the limits imposed on states by the Supreme Court’s recent opinion in the Arizona case.

What happens next? According to Eleventh Circuit rules, the panel that issued the rulings can first decide whether to rehear the case. If (as expected) the original judges decline to grant rehearing, any active judge can request a poll be taken of the other judges on the court. If neither of Alabama’s petitions garners a majority for rehearing, one or more judges may issue a dissent from the denial of rehearing—sometimes called a “dissental”—potentially urging the Supreme Court to itself take up the case. Unless requested by the court, neither the Justice Department nor the private plaintiffs may file replies to Alabama’s petitions.

Whether the Eleventh Circuit will grant either or both of Alabama’s petitions is anyone’s guess. But what the filings make clear is that the state isn’t backing down, and may be willing to take the case to the Supreme Court itself.