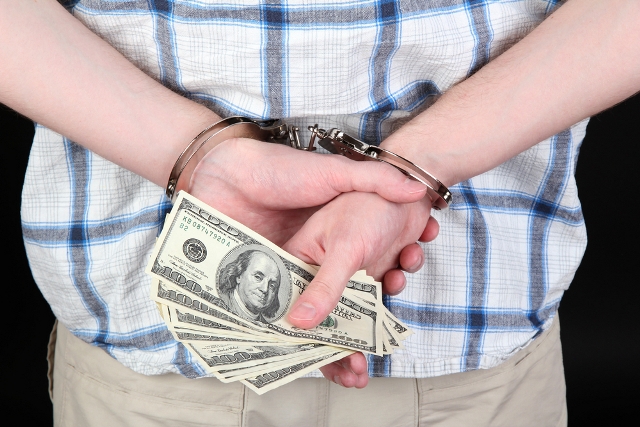 The latest data on immigration enforcement show that U.S. Immigration and Customs Enforcement (ICE) detained a record high of 429,247 noncitizens in the 2011 fiscal year, an increase of 18 percent over 2010. Immigration detention has been steadily increasing over the last two decades.  A new report by Justice Strategies suggests this increase is largely due to the efforts of private prison companies.

The report, titled, “Privately Operated Federal Prisons for Immigrants: Expensive. Unsafe. Unnecessary,” documents the history of prison privatization in the U.S.  Political initiatives and legislative reforms aimed at getting tough on crime led to an explosion in the prison population.  Between 1980 and 2010, the federal prison population increased by 761 percent.  Private prison corporations took advantage of the situation to contract out their services to the federal government, particularly the Immigration and Naturalization Service (now part of the Department of Homeland Security).

They were also able to capitalize on the terrorist attacks of 9/11.  In October 2001, Wall Street investors were told about the favorable post-9/11 business conditions:

It’s clear that since September 11 there’s a heightened focus on detention, both on the borders and in the U.S… The federal business is the best business for us.  It’s the most consistent business for us – and the events of September 11 is [sic] increasing that level of business.

These federal contracts are controlled by two corporations.  The Corrections Corporation of America (CCA) incarcerates more than 80,000 people in more than 60 facilities with 90,000 beds, and the GEO group operates 109 facilities with approximately 75,000 beds.  These companies charge ICE approximately $90 per day for each detainee, extracting a huge profit.

However, there is a great deal of evidence that there are serious problems within these private prisons, including high staff turnover, deficient security, inadequate food and services, and substandard medical care.  According to Justice Strategies, “While the nation’s public prisons are plagued with problems, the record shows that the private prison industry is fraught with a higher level of serious operational deficiencies than the public prison system.”

In recent years there have been multiple reports of inadequate medical care for immigrant detainees, and multiple deaths resulting from the lack of medical attention.  Reports of mistreatment, abuse, and sexual harassment have also made the news and have been the subject of numerous reports, inquiries, and Congressional hearings.  The Justice Strategies report details several stories of mistreatment and neglect within immigration detention facilities.

Most of the noncitizens held in these facilities are not serious or violent criminals. They are being detained for civil immigration charges, or for illegally re-entering the U.S. after being deported, and some are detained in prison conditions while awaiting their asylum hearing.  While the Obama administration made civil immigration detention a priority and has initiated some important reforms, it hasn’t been enough.  While improving conditions and medical care within detention facilities is an absolute necessity, Congress must re-think the wisdom of decades of immigration laws designed to increase detention numbers, and to line the pockets of private corporations who are all too willing to take on new business.