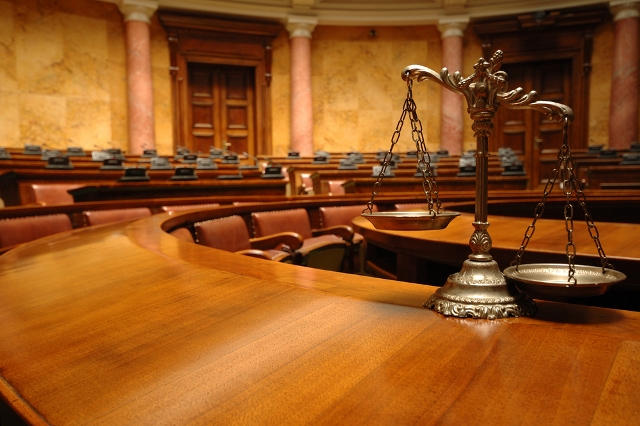 U. S. immigration laws are incredibly complex, yet they provide only minimal due process protections for even the most vulnerable noncitizens. In criminal courts, defendants who cannot afford an attorney are provided one for free, but in immigration court, noncitizens do not receive the same protections. As a result, many immigrants facing deportation are forced to proceed on their own. Even noncitizens with serious mental disorders who cannot understand what is happening in court may be deported without ever speaking to an attorney. Although current laws and regulations provide some protections for people in immigration court who lack “mental competency,” they are insufficient and unclear.  An immigration system that takes seriously the promise of due process and fair hearings must do better.

Fortunately, efforts are underway to make improvements.  The ACLU of Southern California and its partners brought a class action lawsuit, Franco v. Holder, on behalf of detained, unrepresented individuals with serious mental disorders. In preliminary rulings, the court has held that the government must provide legal representation to plaintiffs named in the lawsuit.  However, even if this preliminary ruling becomes permanent and results in the provision of counsel for an entire class of noncitizens, the lawsuit only covers individuals in California, Arizona and Washington; since it would not be binding upon courts in other states, other noncitizens with similar disorders could continue to face deportation without access to legal assistance.

At the urging of advocates, in 2011, the Board of Immigration Appeals (BIA) for the first time outlined a framework for immigration judges to follow when presiding over cases involving individuals with mental competency issues. The BIA’s decision provides guidance on how to assess whether an individual is competent.  It also describes safeguards that an immigration judge may employ when a person is unable to understand or participate in the hearing. The Immigration Judge Benchbook provides further guidance – suggesting that, in some cases, judges may terminate the case altogether when a noncitizen cannot participate in his or her hearing. While this guidance is a step in the right direction, it does not go far enough.

Last week, the American Immigration Council, in collaboration with the American Immigration Lawyers Association, Texas Appleseed, the ACLU Immigrants’ Rights Project, the ACLU of Southern California, and other groups involved in the Franco litigation, submitted a brief to the BIA arguing that noncitizens with serious mental disorders cannot receive fair hearings without legal representation, and that they must be provided with representation from the outset of proceedings. In the case, a man with a serious mental disorder faced deportation but was unable to understand what was happening in his case, even after multiple court hearings. As a result, after other efforts to find counsel for him failed, the immigration judge ordered the Department of Homeland Security – the agency detaining him and prosecuting his case – to help the man find an attorney or other representative who could speak on his behalf. DHS refused to do so and, in fact, argued that immigration laws barred the judge from requiring the government to do so. The case speaks not only to the insufficient protections provided by current law – but also to the confusion even within the government about what the law permits or requires.

Immigration courts continue to fail to ensure fair hearings for noncitizens facing removal, and the lack of due process is especially profound in the case of vulnerable groups, including individuals with serious mental disorders. Addressing the rights and needs of these noncitizens on a case-by-case basis cannot guarantee sufficient protection will be provided in all cases. The immigration laws should be amended to ensure that all immigrants with serious mental disorders are provided attorneys if they are unable to afford representation. No court system should ask people who are unable to understand what is taking place in a hearing to present their case against deportation without legal assistance.

FILED UNDER: Access to Counsel, Board of Immigration Appeals, Department of Homeland Security, due process immigration, Immigration Law, undocumented immigration