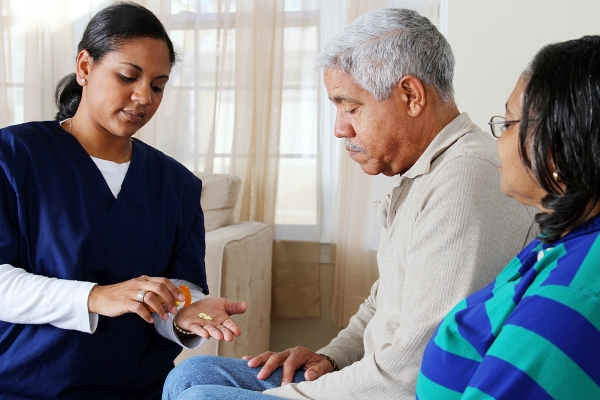 As the debate around immigration reform continues one of the cornerstones of ongoing discussions is what kinds of skilled immigrants the U.S. needs. There is no doubt that high-skilled immigrants play an important role in America’s innovation economy, and particularly in those industries agglomerated in the Silicon Valleys and Research Triangles of the United States. However, it’s important to remember that high-skilled immigrants play a host of other critical roles in our society, namely in our healthcare industry.  As the country’s population grows—and grows older—there is a large gap that can continue to be filled by immigrant primary-care/family practice physicians, nurses, and other healthcare workers.

We know healthcare workers are critically important to communities throughout the country. Some areas, however, experience shortages and are underserved. The Department of Health and Human Services (HHS) reports that, as of January 2013, there were 5,864 primary-care Health Professional Shortage Areas (HPSAs) with 57 million people living in them. Recent research finds that the United States is experiencing an expanding shortage of primary-care physicians and this shortage is expected to worsen in the coming decades. Using population and demographic projections, a 2012 study in the Annals of Family Medicine suggests that by 2025 the United States will require nearly 52,000 more primary-care physicians—a demand likely driven by population growth and aging.

“Baby boomers represent the majority of working nurses in the country. Their retirement, starting now in increasing numbers, is expected to increase employment opportunities for nurses. As baby boomers age, meanwhile, they will drive up demand for health care services. Illnesses associated with aging and high rates of obesity generate multiple chronic conditions that require complex, and sometimes costly, care management. The market for home care and long-term care is likely to grow.”

The MPI report and other research suggest that internationally educated nurses may be attractive to hospitals with particular language, cross-cultural, and population needs.

Therefore, addressing the growing shortage of doctors, nurses, and other healthcare workers is another thread in the tapestry of immigration reform. Future-flow discussions should consider ways to streamline the movement of immigrant and non-immigrant (temporary) primary-care physicians, for example, to work in underserved and shortage areas within the United States. With immigration reform and future healthcare needs in mind, items to consider include expanding and streamlining the number of pathways for medical professionals from abroad, such as employment-based green cards for permanent residency, H-1B visas, and the Conrad 30 visa-waiver program for J-1 visa-holders. (The Conrad 30 program is designed particularly to route foreign-born medical professionals to designated shortage and underserved areas).

In other words, facilitating the participation of foreign-born medical professionals in the U.S. healthcare system involves not only options for permanent residency, but also efficient legal avenues for those who wish to come to the U.S. temporarily. Considering long-term demographic trends, and the needs of employers and communities, it is clear that medical professionals from abroad will prove integral to addressing our healthcare challenges and must be an important part of immigration reform discussions.