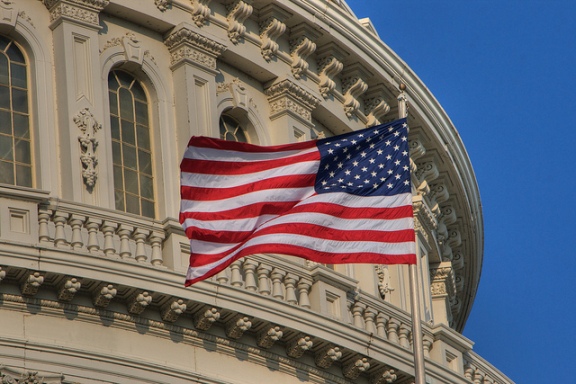 Ahead of the expected release of a comprehensive immigration reform bill in the Senate this week, details were released outlining the broad strokes of the bill. The “Gang of Eight”—a bipartisan group of senators who have been working to develop the proposal—delayed a press conference that had been planned for today about the bill out of respect for the victims of the Boston Marathon bombing. The Senate group could announce the final measure tomorrow

An overview of the bill provided to reporters,  breaks the reforms down into a few main categories:

Path to Citizenship: The bill creates a way for millions of undocumented immigrants already living in the U.S. to apply for citizenship. First, immigrants must have entered the U.S. before December 31, 2011, maintained a continuous physical presence here, pass a criminal background check, and pay a $500 penalty, among other requirements.  Applicants will be able to renew their status as Registered Provisional Immigrants (RPI’s) after six years if they meet additional criteria. At the ten year mark, RPI’s will be eligible for adjustment of status under a new program that permits those in the U.S. for more than ten years to seek adjustment of status.  Three years later they would be eligible to apply for citizenship.  DREAM Act-eligible young adults would be on a separate, accelerated path to a green card and would be eligible for citizenship immediately after becoming a lawful permanent resident.

Border Security: The immigration bill allocates $3 billion to the Department of Homeland Security (DHS) to improve border security by adding surveillance drones and 3,500 additional customs agents along with other measures. Another $1.5 billion will go to fencing along the southern border. Within five years of enactment, the legislation requires DHS to have achieved 100 percent surveillance of the nation’s southwest border and a 90 percent apprehension rate of people attempting to illegally cross in high-risk areas of the U.S.-Mexican border. If DHS does not meet those standards, then a border commission of governors and attorneys general from borders states would have an additional five years to implement more stringent measures. And these enforcement measures must be substantially complete before the legalization provisions of the bill can kick in.

Interior Enforcement: In addition to border enforcement, the bill requires U.S. companies to implement the “E-Verify” system within five years to ensure that workers are legal residents. As part of the system, all non-citizens will have to show their “biometric work authorization card” or “biometric green card.” It will also establish due process requirements so that legal workers are not prevented from working due to system errors or employer negligence or misconduct. Additionally, the government will have to set up an exit/entry system to track if foreign visitors or workers overstay their visas.

Legal Immigration Reform: The legislation commits significant resources to backlog reduction for existing visa categories and expands uncapped visas available to spouses, and children of permanent legal residents as well  spouses and children of persons receiving  employment based lawful permanent resident status.  After 18 months, the sibling category for family based immigration would be eliminated and the adult married children category would be limited to those 30 and under.  A new merit based program that includes points for family relationships, years working in the U.S., and education would begin in 2015. This merit based program would exist in addition to family and employment abased categories. New allocations and exemptions will be available for high-skilled workers in science, technology, engineering, or mathematics (STEM) fields.

Work Visas: The Senate proposal overhauls existing temporary worker programs and creates a new W visa that provides a new mechanism for hiring foreign labor.  For temporary H-1B visas, the bill nearly doubles the base number of visas from 65,000 to 110,000, and in the future, it could rise to as high as 180,000 depending on demand. Employers will have to pay higher wages for H-1B workers, pay additional fees, and show that they actively recruit U.S. workers for a particular position. Current undocumented farm workers will be able to obtain legal status through an Agricultural Card Program, and starting in 2015, the bill creates a new guest worker “W-visa” for 20,000 immigrants in low-skilled jobs. The number of W visas could rise to 75,000 in 2019, A new federal bureau will be established to analyze employment data and make recommendations for a yearly cap on the number of guest workers.

Even the early outline provided to reporters appears to have significant gaps and many reports suggest that the bill contains additional other provisions that will have to be analyzed carefully. These tantalizing new details, however, suggest that the months of negotiation have produced a bill that offers solutions to multiple elements of the broken system.  It is also clear that it is the beginning of a highly energetic debate.

The broken immigration system that the U.S. has had for the past two decades is in dire need of deep and precise reforms. Instead of continuing with the same dysfunctional policies, this Senate proposal strikes a delicate balance between a diverse cross section of stakeholders and impacted constituencies to offer a solution.