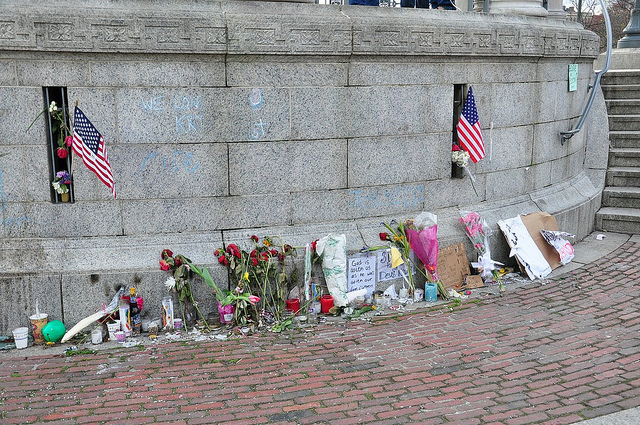 Last week, the U.S. Senate introduced a long-awaited immigration reform bill, which many are predicting is our best chance in 20 years to fix the broken immigration system. While awaiting the Senate’s formal introduction however, devastating events unfolded in Boston.  The nation stood transfixed on developments in Massachusetts, as did the Senators and those involved in immigration reform efforts.

While the two events made news in the same week, lawmakers are reminding the public that what happened in Boston is not a reason to halt immigration reform efforts, but instead provides yet another imperative to move forward.

Over the weekend Senator Lindsey Graham explained the mechanisms included in the bill to increase security:

“In our bill when you come into the country, it goes into the system. And when your time to leave the country expires and you haven’t left, law enforcement is notified. So we are addressing a broken immigration system. What happened in Boston and international terrorism I think should urge us to act quicker, not slower when it comes to getting the 11 million identified.”

And a New York Times editorial from Sunday explained that identifying everyone in our country is a major component to security:

“There is a better way to be safer: pass an immigration bill. If terrorists, drug traffickers and gangbangers are sharp needles in the immigrant haystack, then shrink the haystack. Get 11 million people on the books. Find out who they are.

The Senate bill includes no fewer than four separate background checks as immigrants move from the shadows to citizenship. It tightens the rules on employment verification and includes new ways to prevent misuse of Social Security numbers. It has an entry-exit visa system to monitor traffic at borders and ports.”

In addition, Senator Charles Schumer noted on Sunday that we cannot allow acts like this to be politicized or used against those working to improve our laws, but rather take the lessons learned and incorporate them into the new policies:

“There are some, some on the hard right, some otherwise, who oppose our immigration bill from the get- go, and they’re using this as an excuse. We are not going to let them do that. If they have a reason, a suggestion as to how to change it based on what happened in Boston, we’ll certainly be open to it. But we’re not going to let them use what happened in Boston as an excuse because our law toughens things up.”

If the goal of terrorist acts is to disrupt a nation’s economic, cultural and political well-being, then there is no better way to defeat them, then for the nation to continue working and thriving. Staying the course and overhauling our nation’s immigration laws is good for our economy, citizens and long-term security.