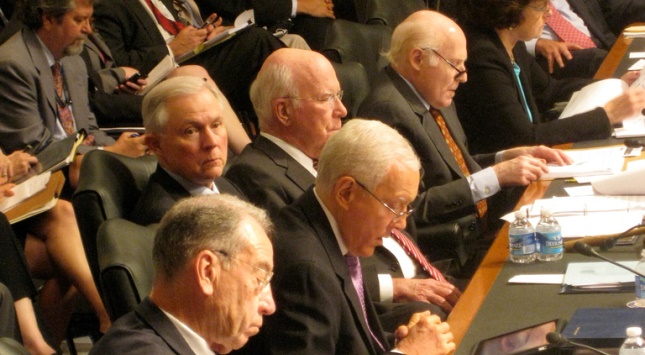 Tomorrow, the Senate Judiciary Committee will begin the long awaited mark-up of S. 744, the “Border Security, Economic Opportunity, and Immigration Modernization Act,”  the 844 page bill designed to overhaul our broken immigration system. We can expect some genuine efforts to improve the bill from both sides, but we can also expect a lot of theatrics and grandstanding. That’s the nature of a big committee mark-up, especially on an issue that hasn’t had this kind of exposure in the Senate since the mark-up of the 2006 bill. What can we expect?

These are just a few of the tidbits to be gleaned from the 300 amendments filed yesterday.  More analysis, more drama, and more politics will come in the days ahead.