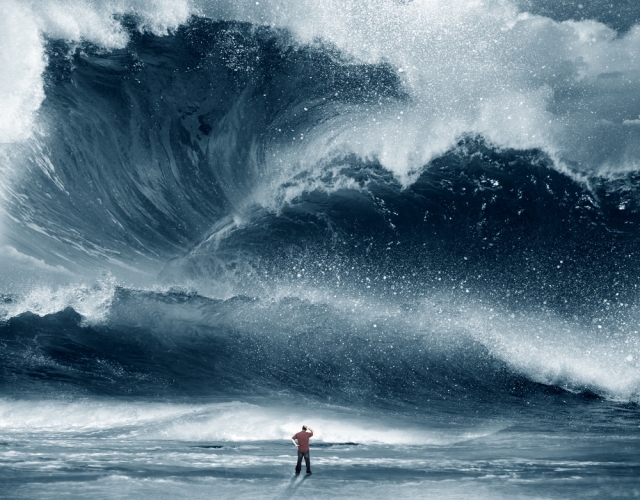 Throughout its history, the United States has benefited in innumerable ways from immigration. Men and women from every corner of the globe, with every conceivable skill set and educational background, have come here and added value to the U.S. economy and U.S. society. Likewise, the arrival of every new “wave” of immigrants has elicited shrill cries from nativists afraid that all of these newcomers will swamp the nation, throw native-born workers out of their jobs, and undermine “our” way of life. The nativists never seem to learn the lessons of history in this regard, because they keep making the same baseless claims, and indulging the same irrational fears, every generation. It doesn’t matter who the newcomers are—Germans, Italians, or Mexicans; Slavs, Africans, or Arabs—the arguments are always the same.

It is in this light that one must view a new report from the nativist Center for Immigration Studies (CIS) which raises the specter of an immigration tsunami if the Senate immigration bill (S. 744) becomes law. CIS takes population projections from the Congressional Budget Office on the possible increase in immigration under S. 744 and presents them as numbers to be feared. CIS wonders if these new immigrants can be accommodated with the “absorption capacity of America’s roads, bridges, schools, and power grid.” The CIS report asks how the immigrants will “impact the quality of life” and how they will “integrate and assimilate into American society.” These are the same concerns raised by nativists a century ago with regard to the Italian, Armenian, and other European immigrants who were arriving on U.S. shores.

The vague and ominous “questions” posed (but not answered) in the CIS report overlook a few salient details. First of all, immigrants do not come to the United States at random. Most come when economic conditions are good and there is high demand for their particular skills. Second, S. 744 would create legal channels of immigration far more flexible than those which now exist—meaning that immigration would rise and fall in accord with the demands of the U.S. economy. This would be a self-regulating system, not an open faucet. Third, immigrants are not only workers who fill jobs, but consumers, taxpayers, and entrepreneurs who create new jobs and businesses. As a result, the vast majority of native-born workers benefit from the presence of immigrants in the U.S. economy.

In addition to ignoring all of these inconvenient issues, the CIS report takes aim at one particularly vital economic contribution of immigrants: their role in filling the gaps left by the retirement of the baby boomers. CIS makes the remarkable claim that an influx of younger immigrant workers with high rates of labor-force participation doesn’t actually play any role in compensating for the exit from the workforce of older native-born Americans. This flies in the face not only of reason, but of serious research as well. For instance, demographer Dowell Myers, writing in the Public Policy and Aging Report, projects that the ratio of senior citizens (age 65+) to prime working-age adults (age 25-64)— the “senior ratio”—would be rising much more rapidly if not for the arrival of immigrants. More precisely:

“Adding 1.5 to 2 million immigrants per year would require sustaining historically high rates of new arrivals, but U.S. society would benefit: The rise in the senior ratio would be one quarter less than otherwise expected {by 2030}. The remaining three quarters of the increase would need to be accommodated through other broad policy options, such as reduced senior entitlements, greater borrowing, or increased taxes. Without immigration, those other options would become all the more burdensome.”

In short, immigration can’t save us from the aging crisis, but it can make it considerably less severe. CIS glosses over all of this by noting simply that the working-age share of the population is left unchanged by S. 744 compared to the status quo. CIS misses the point.

The fears of nativists ring as hollow now as they did two-hundred years ago. Immigrants are not invading the United States. They are drawn by opportunity, they contribute to the nation in myriad ways, and they make U.S. society and the U.S. economy more dynamic and flexible—two traits that are very valuable in the era of globalization. Immigration is a resource; it is not a threat.