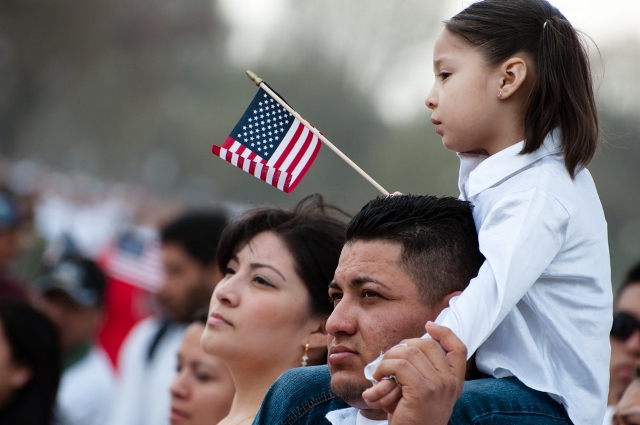 So far, House leaders have considered providing an opportunity for citizenship only to undocumented immigrants who arrived in the U.S. as children, often known as DREAMers. Majority Leader Eric Cantor (R-VA) and Judiciary Committee chairman Bob Goodlatte (R-VA) confirmed earlier this month that they are working on a bill, called the KIDS Act, to create a road to citizenship for some DREAMers. “These children came here through no fault of their own and many of them know no other home than the United States,” Goodlatte said in a statement.

But the bill, which Goodlatte added would only be one element of immigration reform, does nothing to help their parents, who young immigrants refer to as the “original DREAMers,” or family members who wouldn’t qualify. That has led many to oppose the bill, which would likely be more limited than the 2010 DREAM Act. “I hope that Republicans don’t entertain the belief that merely helping a few of the DREAMers is all we can do,” said Sen. Dick Durbin (D-IL), a co-sponsor of the Senate-passed bill that includes an opportunity for citizenship for all undocumented immigrants and sponsor of the DREAM Act. And in an editorial, the Spanish-language newspaper La Opinión called it “cruel and indecent” to suggest introducing legislation that would separate children from their parents. “It is the height of hypocrisy to posture oneself as representing family integrity, while heartlessly promoting actions that divide the family home, whose human worth knows no borders,” according to the editorial.

The House immigration subcommittee held a hearing today to address the issues facing DREAMers, who grew up in the U.S. and often don’t remember their native countries. Rep. Luis Gutierrez, who is working on a comprehensive immigration bill in the House, said a measure that only opened a path to citizenship for a few immigrants would not suffice. “Legalizing only the DREAMers is not enough,” Gutierrez said in his testimony. He added that if they honor the children, “we must honor the parents who raised them.” And Rep. Zoe Lofgren said it would be a “grave mistake” to only offer to citizenship to a limited number of immigrants. But Goodlatte, who said successful immigration reform should address immigrants already in the U.S., said in his opening remarks that he would not support legalization for adult immigrants “who chose to come here.”

A bill that creates a roadmap to earned citizenship for a small group of immigrants is not only unfair but would perpetuate the current problems. Beyond the humanitarian issues, limiting legalization restricts the enormous economic boon a full-legalization program and eventual path to citizenship would be for the U.S. economy. Almost nine in 10 undocumented immigrants want to be citizens. And the U.S. public wants them here, as indicated by a Gallup poll this week that found a record 72 percent of Americans believe that immigration is a plus for the U.S. There is no reason why the House should consider a solution that provides a path to earned citizenship for DREAMers while ignoring the rest of the undocumented immigrant population.