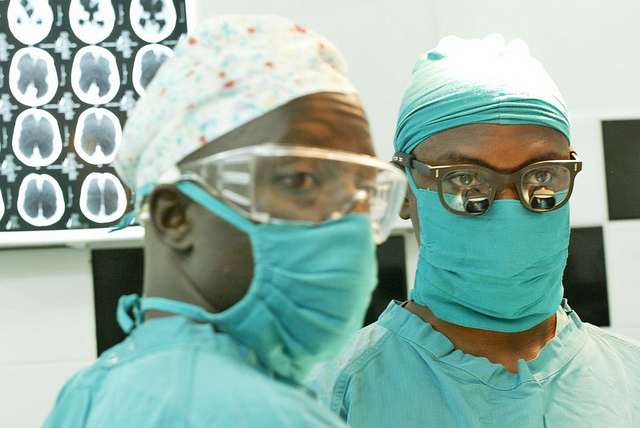 The U.S. faces a severe shortage of physicians, particularly in primary care and in rural areas, and as baby boomers retire, the U.S. workforce will need many more health professionals to fill their spots in the health care field. But many hurdles prevent foreign doctors, who are just as qualified as their U.S. counterparts, from working in the United States and filling this urgent need. These obstacles include redundant licensing requirements, which require another residency in the U.S. even if one was already completed abroad, and an exceptionally expensive and complex immigration process. “It took me double the time I thought, since I was still having to work while I was studying to pay for the visa, which was very expensive,” said Alisson Sombredero, an H.I.V. specialist who came to the U.S. from Colombia in 2005, in The New York Times.

In addition to meeting the usual visa requirements, foreign doctors must complete residency training that they do on a special J-1 visa. Once this training is complete, however, the terms of the J visa require them to immediately return home. The only way to stay in the U.S. is to obtain a waiver, usually through the Conrad 30 program. This program allows physicians to apply for a limited number of waiver slots, generally 30 per state, if they agree to work for at least 3 years in medically underserved areas. State healthcare authorities process the applications, each program has different requirements and deadlines, and once approved the terms of employment are very strict. Many physicians fail to get waivers because the slots are filled or they haven’t found a qualifying job before the deadlines. Only after the waiver is approved and the 3 years of employment is completed may the foreign doctor apply for a green card, which is time consuming and complex in itself.

The immigration reforms being considered by Congress may address some of the issues foreign doctors face. The Senate bill (S.744) makes the Conrad 30 permanent, since it is still technically a temporary program even though it has been around since Sen. Kent Conrad (D-ND) introduced it in 1994. The immigration bill makes more waiver slots available when they run out, and allows physicians to stay an additional six months to find another job if their application is denied because the slots were filled. It also makes it easier for physicians to find other jobs in medically underserved areas while remaining in legal status if they are laid off or must quit because of unforeseen circumstances. An immigration bill in the House (H.R. 2131) implements virtually identical improvements, based on a bill proposed by Sen. Amy Klobuchar (D-MN) earlier this year. Both bills also raise the caps on visas for doctors and other highly-educated professionals.

The problem of doctor shortages is a long-standing one, especially in small towns in rural America, and will worsen as access to health care expands under the Affordable Care Act. Highly-qualified foreign physicians are an important part of the solution, and immigration reform can provide it.