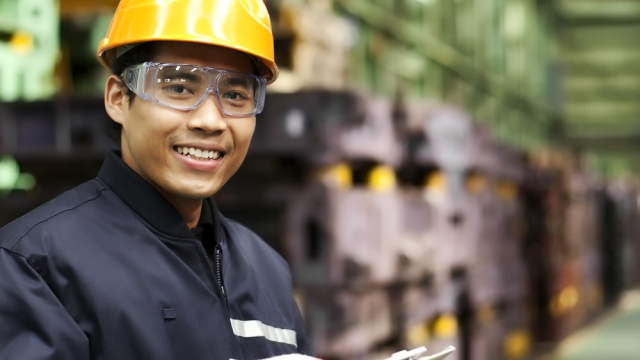 Americans are observing Labor Day, which pays tribute to the many contributions and achievements of American workers. As celebrations are underway, the holiday offers an opportune moment to reflect on the very concept of American workers. In other words, who is an American worker? Where do immigrants—who contribute their talents and labor to the production of goods and services in the United States—fit into the picture?

Since the formation of the United States, immigration has helped fill labor supply needs to enable the country to emerge as—and remain—the world’s economic superpower. In fact, the United States’ most prosperous periods coincide with waves of immigration, and to this day, immigrant workers continue to be a key component of the U.S. economy.

Currently, foreign-born workers comprise 16 percent of the country’s workforce, and their contributions to the U.S. economy and society take many shapes. The U.S. economy benefits from the valuable skills and talents provided by foreign-born high-skilled scientists and engineers and medical doctors, but it also relies on the work of immigrants of differing skill levels in a variety of industries, many of which experience labor shortages. In some key industries, such as agriculture, food processing, construction, or eldercare, the role of immigrants is vital. Because less skilled immigrant workers are frequently paid lower wages than their American counterparts, translating into lower prices for goods and services, moreover, American’s living standards are also greatly enhanced by immigration.

In spite of their many contributions, however, immigrant workers are continually portrayed by anti-immigrant voices as a threat to American workers. These fears are often overstated and fueled by prejudice rather than hard evidence. Research has repeatedly shown that, as a whole, foreign-born workers do not affect U.S. employment. Furthermore, both immigrants with advanced degrees and temporary workers boost the employment of native born Americans. To a large extent, this is due to the fact that immigrants possess complementary skills to the existing native-born workforce. Various studies have shown that foreign-born and native-born workers tend to have differentiated sets of skills and new immigrant labor creates new opportunities for the native-born labor force to specialize. In other words, the inflow of immigrant workers encourages native-born workers to pursue more complex occupations, thereby also enhancing wage outcomes.

At the same time, numerous studies have shown that the effect of immigration on native-born American wages is indeed positive when taking the long view. As economist Giovanni Peri states, “in the long run, immigrants do not reduce native employment rates, but they do increase productivity and average income.”

In spite of their many contributions, however, a considerable segment of immigrant workers does not enjoy the benefits that are attached to being contributing members of the country they call home. Because of their undocumented status, many immigrant workers have no option other than to work in the underground economy and be frequently subjected to multiple forms of exploitation. This situation is not only detrimental for immigrant workers’ themselves, but also for the country’s economy.

In an historic vote on June 27, the U.S. Senate passed an unprecedented bill to overhaul the immigration system. This bill includes a path to citizenship for undocumented workers, and if it became law it would improve the lives of millions of immigrant workers who are already living in the country, contributing to the economy and raising families. It would also lead to undeniable economic and fiscal gains.  As the House of Representatives weighs its decision on the undocumented population, House members must recognize the value of immigrant workers and the urgent need to bring them out of the shadows. As numerous researchers have indicated, a solution that falls short of offering a path to citizenship for the undocumented would be not only harmful for many immigrant workers, it would also be damaging for the U.S. economy and, therefore, for the American people.