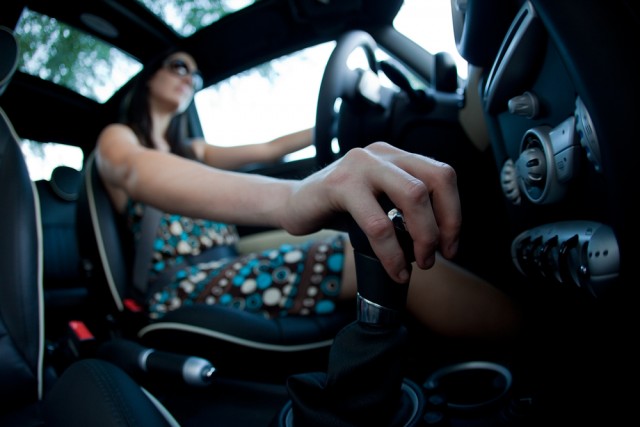 Despite the slow pace of immigration reform in the House of Representatives, it has been a banner year for legislation at the state level to help undocumented immigrants living in the U.S. As the National Immigration Law Center (NILC) explains in a new report, “Inclusive Policies Advance Dramatically in the States,” state legislatures approved laws allowing undocumented immigrants to obtain driver’s licenses, qualify for in-state tuition, and expand worker’s rights. And states and local governments considered measures to limit involvement with immigration enforcement. This was a sharp change from previous years when officials debated measures with provisions that mimicked Arizona’s SB-1070. In the wake of record numbers of Latino and Asian voters participating in the 2012 elections, several state legislatures by and large moved in a more positive direction as lawmakers from both parties supported pro-immigration measures.

According to NILC’s report, opening access to driver’s licenses, an issue that had been dormant or moving in a restrictive direction in some states, gained traction this year. Lawmakers in at least 19 states and the District of Columbia and Puerto Rico introduced bills intended to allow immigrants to apply for driver’s licenses or permits. Before the 2013 legislative sessions, only Washington, New Mexico, and Utah issued driver’s licenses or driving privilege cards to immigrants regardless of immigration status. Now, seven additional states—Illinois, Maryland, Oregon, Nevada, Colorado, Vermont, and Connecticut—as well as Puerto Rico allow it. (Some of the driver’s license bills are still pending or will be revisited in other states next year.) As well as expanding access to licenses, New Mexico Gov. Susana Martinez’s (R) attempts to repeal her state’s license policy were unsuccessful. And governors or state officials in every state except Arizona and Nebraska have confirmed that undocumented immigrants who receive temporary legal status through Deferred Action for Childhood Arrivals (DACA) policy can apply for driver’s licenses.[pullquote align=”left|center|right” textalign=”left|center|right” width=”30%”]States have made huge strides toward improving immigration policies; meanwhile, some House members are dragging their heels.[/pullquote]

With bipartisan support and Republican sponsorship for tuition equity bills, measures to improve young undocumented immigrants’ access to higher education by allowing students who attend state high schools to qualify for in-state tuition regardless of immigration status made progress. Sixteen states considered tuition equity bills. At least five states adopted such laws, and one expanded access to scholarships for immigrants, while efforts to repeal existing in-state tuition laws failed. After this year, 18 states now have tuition equity laws or policies. And the regents of the University of Hawaii and the University of Michigan approved in-state tuition rates for students who meet certain criteria regardless of immigration status. As NILC explains, that means that over 60 percent of the nation’s foreign-born residents live in states with tuition equity.

Domestic workers—almost half of whom are foreign-born—are excluded from many federal and state labor laws, including the Fair Labor Standards Act, which makes them vulnerable to wage theft and exploitation. This year, state lawmakers in Hawaii, California, Illinois, Massachusetts, and Oregon debated measures to extend certain workplace protections to domestic workers. Hawaii Gov. Neil Abercrombie signed his state’s Domestic Worker’s Bill of Rights into law in July, which builds on the precedent of a similar measure enacted in New York in 2010.

In addition to new laws to improve immigrants’ lives, several states also recognized that having state and local law enforcement officials also help with immigration enforcement hurts public safety and community trust. Several states and municipal governments decided to limit compliance with requests to detain people suspected of being undocumented. Connecticut lawmakers unanimously passed the state TRUST Act, which limits the circumstances when law enforcement agencies may detain a person at the request of U.S. Immigration and Customs Enforcement (ICE) officials.  Colorado repealed its 2006 “show me your papers” law, SB 90, and approved the state TRUST Act, which the governor signed into law in April, with the support of the state’s major law enforcement associations. A similar version of the TRUST Act is still pending in California. And most recently at the local level, officials in Newark, New Jersey, and New Orleans announced they will  refuse ICE requests to detain people who have been picked up for minor criminal offenses.

The states have made huge strides toward improving immigration policies; meanwhile, some House members are dragging their heels on completing federal immigration reform. The Senate already passed a massive overhaul of federal immigration policies, but in the House, lawmakers instead are pushing ineffective measures like the Strengthen and Fortify Enforcement (SAFE) Act. The SAFE Act would be a lopsided, enforcement-only bill that mimics old policies, which do not work, instead of offering a comprehensive solution. It is positive to see improvements at the state level, but they should be complemented by effective national reforms.