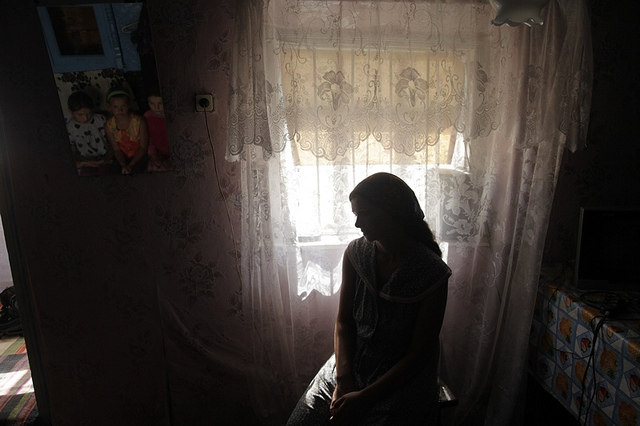 The federal government has already reached its limit on the number of U visas—a special category for crime victims—available for the 2014 fiscal year. After only two months, U.S. Citizenship and Immigration Services (USCIS) officials have already filled the 10,000 visas available this year. Every year since the visa program began in 2008, USCIS has hit the maximum number of visas available, but this year is the fastest the limit has been reached. Reaching the visa cap so soon after the year started is a sign that lawmakers need to increase the number of visas available to help the victims.

The U visa is a non-immigrant visa available to individuals who have “suffered substantial physical or mental abuse” due to being “a victim of a qualifying criminal activity,” which they must have information on and cooperate with the police. It was created in 2000 with the Victims of Trafficking and Violence Protection Act, and in exchange for helping authorities, the visa program allows victims to remain in the country for four years and receive a work permit. With a U visa, immigrants can sponsor their spouse and children and are eligible to apply for a green card after living in the U.S. for three years if this is justified on humanitarian grounds, to ensure family unity, or it is otherwise in the public interest.

To qualify for a U visa, a government official, such as a prosecutor, judge, or agency head must certify that the applicant has been the victim of a qualifying crime that the government agency is investigating or prosecuting, and that the victim has information that has been or is likely to be helpful. The victim must have been directly or proximately harmed by crimes that may include domestic violence, abduction, assault, blackmail, sexual exploitation, and murder, among other serious crimes. Capt. Norberto Leal of the Hidalgo County Sheriff’s office in South Texas said his agency gets a request every week to certify for a U visa application. Victims often are referred to Leal’s office by nonprofits that work with domestic violence victims, like Texas Rio Grande Legal Aid. The legal aid organization represents hundreds of victims who apply for U visas every year, said attorney Lauren Joyner. The cap on visas will increase their wait, Joyner told the Associated Press:

“Victims already face incredibly long wait times for a decision on their application for a visa and work permit — currently well over a year,” Joyner said. Now that the cap is in effect, victims who appear to be eligible will receive a deferred status, but then will have to wait several months to receive a work permit, she said.

“These are individuals who are focused on trying to move on from really awful situations and who are working to create financial and emotional security for themselves and their families.”

Some of the proposed bills for comprehensive immigration reform have addressed this shortage. S.744 expands the U visa to include victims of serious workplace abuse and slavery and increases the number of U visas available, raising the cap from 10,000 to 18,000, but some advocates argue that the increase would not be sufficient.

Another form of relief available to domestic violence victims is found under the Violence Against Women Act (VAWA), which was reauthorized in 2013 and protects victims of domestic abuse in situations regardless of their immigration status where they are abused by a relative who is a sponsor of their immigration status. However, the changes to the U visa within the VAWA reauthorization did not address the shortage of U visas available in a given fiscal year.

The U visa has helped over 89,600 victims and family members start over in the United States and prosecute the crimes of which they were the victims, but it’s unfortunate that there are not enough visas available to help these victims without making them wait for months. Congress needs to pass immigration reform and raise this visa cap to get victims out of the legal limbo and help them re-start their lives.