Are GOP Immigration Standards Enough to Shake Up the Conversation? 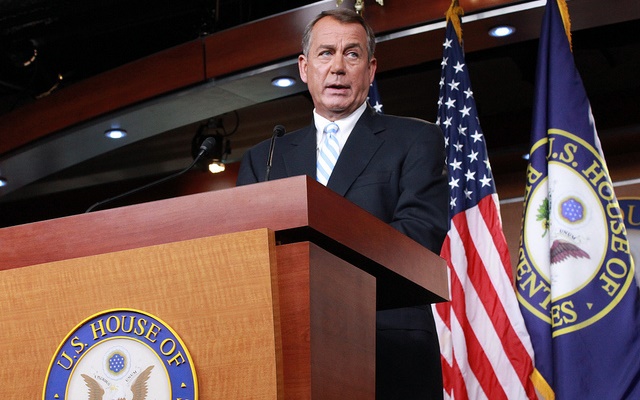 Reactions to the release of the House GOP leadership’s principles for immigration reform ranged from ecstatic to furious yesterday—and that was just within the Republican Party. Outside the tortured world of House politics, reactions tended more toward cautious praise for releasing something as a starting point, but with serious doubts about the shortcomings of the actual policy proposals. Because these principles are guidelines—without specific  detail—“cautious optimism” is probably the healthiest approach to take in understanding what the document means for reform. Summarizing what the document says doesn’t take long; understanding its nuances, particularly its omissions and departures from the past, requires a bit more digging.

In reality, this new document shouldn’t be read as an unwavering set of principles, but rather  as a list of expectations and strategic choices. The first half, dealing with enforcement contains no real surprises, but the second half is full of them.

The standards declare that the House will not tackle immigration in one massive bill, will not conference with the Senate over S. 744, and will hold the executive branch accountable for implementing and enforcing the law. There is much rhetoric about the necessity of securing our borders and creating a zero-tolerance policy for people who violate our laws in the future. The standards endorse the use of an electronic worksite verification program and the full implementation of an entry/exit registration program for tracking arrivals and departures to and from the U.S. They emphasize the necessity of enforcement of laws first, before turning to any more positive reforms. Ultimately, the enforcement section of the document merely repeats the idea that we must be able to measure enforcement successes and thwart efforts to get around the law.

The second half of the document is far more interesting, as it emphasizes rewarding hard work and merit, and puts a premium on outcomes. The authors declare that the legal immigration system needs to be reformed to avoid an over reliance on family ties or luck; instead, they prioritize rewarding foreign students who can contribute to the economy and meeting the needs of employers. Similarly, temporary work programs, particularly in agriculture, have to provide realistic and predictable means of entry to the U.S., without harming the interests of native-born workers. While there could be much to disagree with here, what is striking is the emphasis on finding a way to use the immigration system to improve the economy—an acknowledgment of the importance of immigration that has been lacking in the past.

Undocumented immigrants are treated less as the enemy and more as a problem to be managed. Consistent with the trial balloons sent up by House leadership over the last year, the standards use culpability as a measure for granting citizenship. The authors argue that young people brought to the U.S. unlawfully as children shouldn’t be punished for their parents’ mistakes, and that those who graduate from college or serve in the military should be allowed to become citizens.

There are three big take-aways from this document. First, the rhetoric of “enforcement first” remains pervasive within the mindset of House Republicans, and leadership is loathe to put out any immigration reform proposal that doesn’t acknowledge that. Nonetheless, there is no call for a massive border build-up or mass deportations, distinguishing the document from the 2012 Republican Party platform, which endorsed “self-deportation.” Second, there is a core acknowledgment that our immigration system must be reformed to be responsive to the economy and the needs of the country as a whole. While the document falls into the misguided rhetoric of criticizing family immigration (but, alas, so did the Senate bill), it seems open to a real discussion of what it would take to improve the viability of our immigration system. This means a discussion of not only who should get green cards, but how many does the country need and how to ensure temporary workers have opportunities to transition to permanent status as well. Ultimately, this may prove a huge set of sticking points, but the opening seems real.

Finally, we clearly have a long way to go when it comes to resolving the situation of the undocumented. As a practical matter, any program for transitioning people from lawful status to citizenship must be discrete and dedicated to that task. One simply can’t suggest that people can acquire citizenship through regular means without acknowledging that those regular means (our current legal immigration system) require a massive overhaul to eliminate obstacles and increase available green cards. These principles say things are broken, but without the details about how to fix them, there is nothing to measure.

So we come down on the side of cautious optimism. This document offers the chance for people to come to the table over immigration reform. Turning these principles  into legislation, however, is going to be much harder.