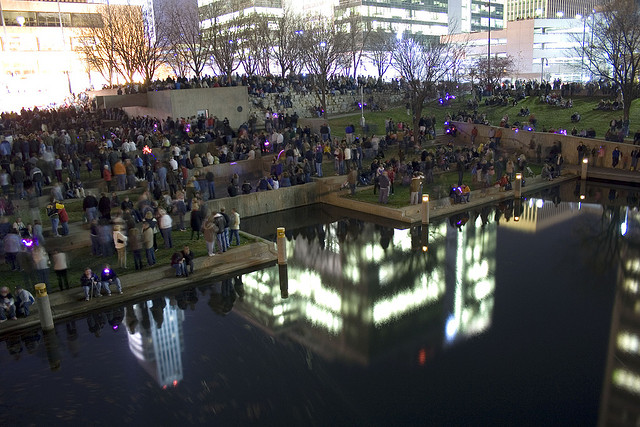 Last week, the residents of Fremont, Nebraska voted to keep a 2010 anti-immigrant housing ordinance on the books. While the small town, with a seven percent foreign born population, has chosen to continue down its current path of exclusion, other places in Nebraska are pursuing inclusive strategies to welcome immigrants and other newcomers to their communities.

For example, the statewide “Nebraska is Home” program encourages more cities to begin “creating a welcoming atmosphere—community by community—in which immigrants are more likely to integrate into the social fabric of their adopted hometowns.”  The program currently has local chapters in Crete, Grand Island, Lincoln, Omaha, and Schuyler. In Omaha, Nebraska’s largest city, “You’re Welcome in Omaha” works to promote the city “as a welcoming and inclusive community of all of its immigrant neighbors.” Lincoln, the state’s capital city, is an affiliate of Welcoming America’s “Welcoming Cities and Counties” initiative. Lincoln also has a “New Americans Task Force”, a “network of public and private organizations and community members dedicated to supporting new Americans” in the community.

What these welcoming initiatives recognize is that immigrants are important to Nebraska by boosting local populations and strengthening local economies. As Becky Gould, executive director of Nebraska Appleseed, stated:

“We’re a state that is losing population that has an aging population. New people coming to our towns and communities is a part of what will help Nebraska thrive over the long term.”

“Immigrants flourish in Nebraska because of our state’s support for an entrepreneurial spirit. A drive through south Omaha or rural Lexington will confirm new immigrants create vibrant communities and are economic engines. Immigrant-owned businesses employ one-in-ten U.S. workers”

In 2010 for example, new immigrant business owners in Nebraska brought $126 million in net business income into Nebraska. Furthermore, Nebraska business leaders noted that “immigrant families purchase groceries, medication and clothing, creating further demand, job growth and raising tax revenue.” And in 2010, unauthorized immigrants in the state paid $43.3 million in state and local taxes according to data from the Institute for Taxation and Economic Policy (ITEP). That figure could rise to around $52.6 million under a post-immigration reform scenario that allows undocumented immigrants to legally work in the U.S. according to the same study.

However, the results of the Fremont election don’t reflect the views of everyone in the community. There are “amazing folks that are trying to take the community of Fremont in a different direction” said Appleseed’s Becky Gould. And the LincolnJournal Star editorial page predicted the eventual demise of the ordinance: “the best and only real solution to America’s dysfunctional immigration system must come from Congress. The emotional wave that provoked laws like the one enacted by Fremont has more or less subsided at the national level. History eventually will regard Fremont’s Ordinance 5165 as an odd and disreputable piece of legislation. It’s only a matter of time, we predict, before it’s wiped off the books.”