On Immigration, Legislative Reform and Administrative Action Are Not at Odds 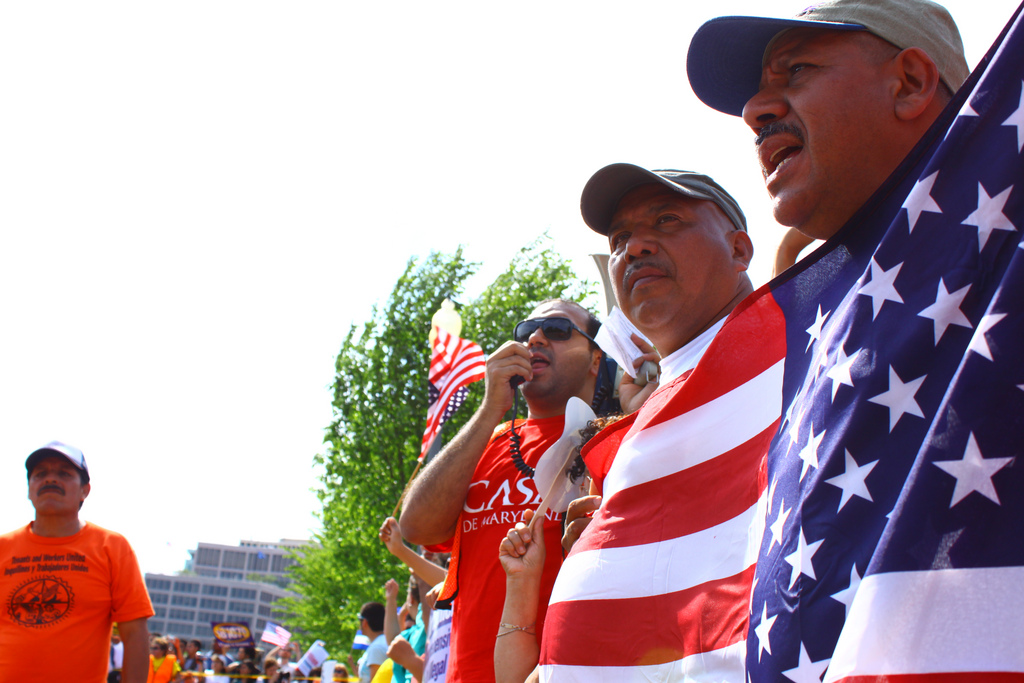 A year ago this week, senators introduced S. 744, the comprehensive immigration reform bill, to much fanfare. It was a high point for the immigration reform movement, only to be eclipsed by the bipartisan vote to move the bill out of committee and then, in June 2013, final passage in the Senate itself. Thus far, efforts to move that bill—or any major immigration legislation—through the House have been thwarted, and as time goes on, more people push the White House to deliver some form of administrative relief, desperate to protect loved ones from deportation.

While it is tempting to juxtapose the legislative and administrative actions as extreme opposites, they are not. Nor has the impetus to push for legislative reform ever meant that people aren’t also seeking to improve the immigration system though executive action. Like most political calculations, people put their time and energy in different buckets depending on factors as varied as resources, policy choices, and political realities. Attempts to characterize the pressure for administrative reform as giving up on Congress fundamentally misconstrue the kind of political action—and passion—that immigration reform inspires.

That passion is certainly illustrated by the current hunger strike vigil taking place across from the White House, where family members of detained and deported immigrants are solemnly imploring the President to end deportations. They are a constant reminder of the human cost of broken laws and bad policy choices. And therein lies the key—the current deportation laws are overly punitive, but even within those laws, there is ample room for prosecutorial discretion. Many of the most badly needed reforms to the way we conduct immigration enforcement are embedded in years of bad policy choices. Activists are asking DHS and the White House to make the best of a bad situation, knowing full well that only major legislative change can make lasting difference. But in the short term, if they can keep some families together until Congress develops the will to act, it will have been worth the effort.

At the same time, there is still plenty of energy and passion being aimed at Congress. The business community, in particular, has been stepping up its pressure on House Republicans to act responsibly on immigration legislation—not just business friendly legislation, but legalization, too. At the risk of broad generalization, it is pretty clear that the traditional base for immigration reform—immigrant rights groups, labor, progressive faith groups—who tend to target Democrats—have managed to get their message across to Democratic House members. After all, 191 of the 199 voting Democratic members of the House have signed the discharge petition for HR 15. Not surprisingly, then, it is really up to the business community, evangelical faith leaders, law enforcement, and other voices that have traditionally held more sway with Republicans to step up to the plate on pushing for legislative change. Just today, for instance, Fwd.us, the Mark Zuckerberg funded pro-immigration group, announced a campaign against Rep. Steve King and his hateful comments, most recently about not wanting immigrants to earn legal status for serving in the military. There have been fly-in and lobby days repeatedly this year from major business groups targeting Republicans, as well as from “traditional” advocates.

In fact, those traditional advocates aren’t ignoring Republicans, either. Their efforts have helped to push at least 30 House Republicans to endorse major immigration reform, including a path to citizenship. Next week, the United Farmworkers will hold a major rally aimed at Majority Whip Kevin McCarthy, demanding that he support a vote on immigration this year in the House.  Some of the people asking McCarthy to schedule a vote on immigration reform may also be the same people calling on the White House to do more administratively, as well. In other words, it’s not an either/or situation.

Pressure from all sides and all angles is what it will take to make reform happen this year—or any year. It’s not about abandoning Congress or targeting the White House. Instead, it’s about looking for all the possible ways to solve an increasingly fractured and painful issue that has economic, moral, and social consequences. The anniversary dates of S. 744 remind us that, if there is viable legislation on the floor, the various communities and political points come together, with laser focus, to get legislation passed. In the absence of that, different groups will use different strategies and tactics to push for reform—but in the long run, they are all pushing for a chance to make our immigration system work again.