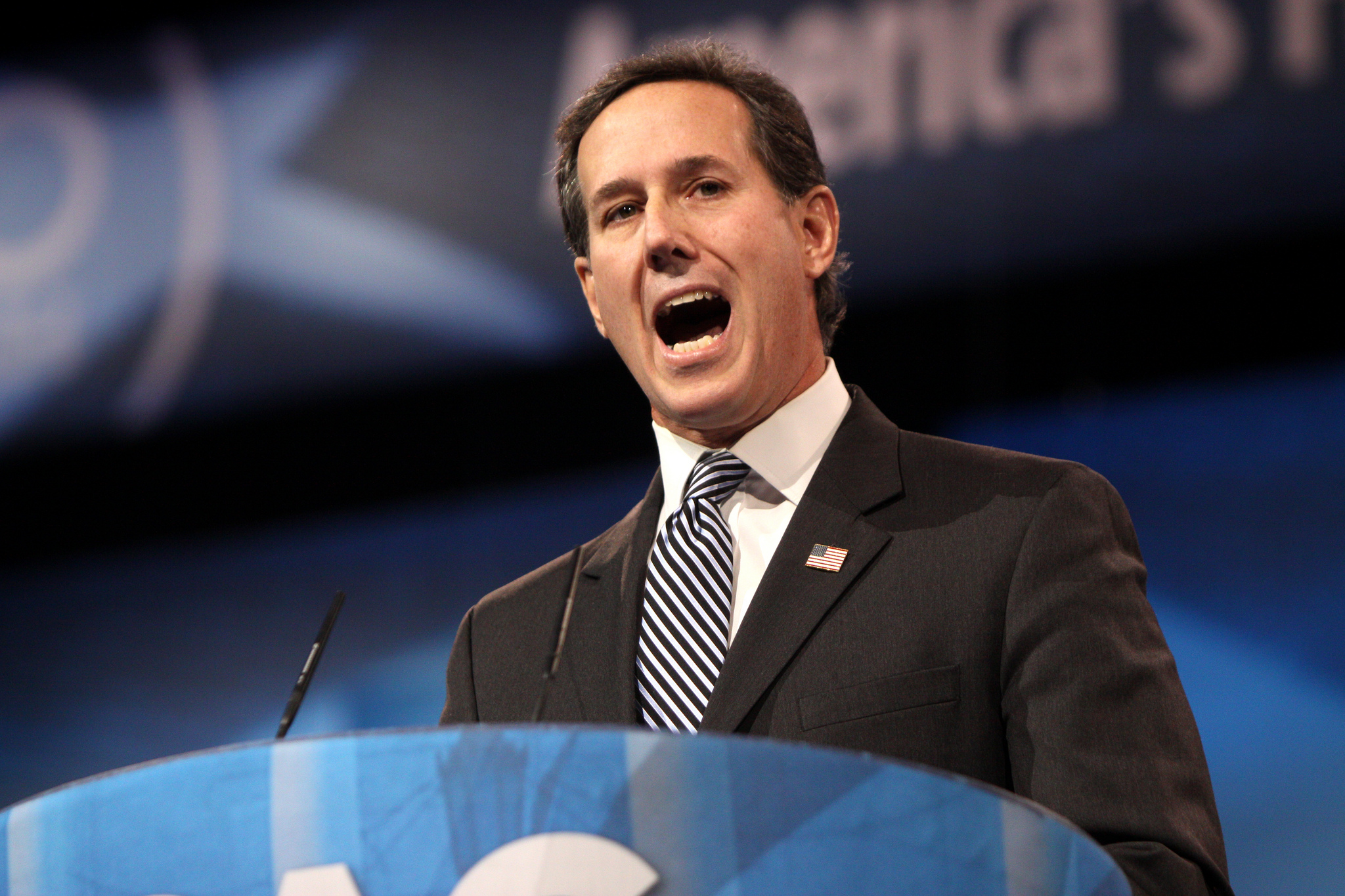 Former Senator Rick Santorum (R-PA), who finished second in the 2012 Republican Presidential Primary behind Mitt Romney, will again seek to secure the party’s nomination in 2016. Santorum said at a kickoff rally in Cabot, Pennsylvania, that he was driven to run for a second time because “as middle America is hollowing out, we can’t sit idly by as big government politicians make it harder for our workers.”

A cornerstone of Santorum’s economic message includes already debunked immigration myths about immigrants and native job competition. His official campaign website states that he supports efforts to reduce immigration levels in the U.S. because, as he incorrectly notes, “foreign labor takes away jobs from Americans.” A Santorum Administration would, according to his website, “cut legal immigration by 25 percent.”

This restrictive immigration policy turns a blind eye to the facts and ignores how immigration moves the U.S. economy forward for all Americans. There is no correlation between immigration and unemployment. In fact, immigrants provide a small wage boost to the vast majority of native-born workers. Immigrants are more likely to start businesses than the native-born, and these businesses employ millions of people across the U.S. According to a 2011 report from the Kauffman Foundation, “immigrants were more than twice as likely to start businesses each month than were the native-born in 2010.”

When the President announced his executive actions on immigration in November that would shield up to 5 million immigrants from deportation, Santorum criticized the President: “We need an immigration policy that first and foremost stands for the best interest of America and the American worker. President Obama’s executive order providing amnesty to millions of illegal immigrants is the antithesis of this goal.“

Once again, Santorum’s statements don’t appear to add up with economic realities. Experts have noted that executive action on immigration will not have any appreciable impact on native-born employment and will likely increase Gross Domestic Product (GDP), reduce the federal deficit, and raise both tax revenue and average wages.

But Santorum isn’t known for supporting economically sound immigration policies. During the 2012 GOP presidential debate, Santorum said that he would dramatically increase the number of deportations. This is clearly an impractical and costly solution and is out of step with American values. If the entire undocumented workforce in the U.S. were deported, it would tear apart millions of families and cost 2.8 million American jobs, and $245 billion in lost GDP.

If Santorum wants an economically sound immigration policy that benefits all U.S. workers, he would be wise to begin discussing how he would move immigration reform, which would help reduce the federal budget deficit by approximately $1 trillion over 20 years and would boost the U.S. economy as whole without negatively affecting U.S. workers.