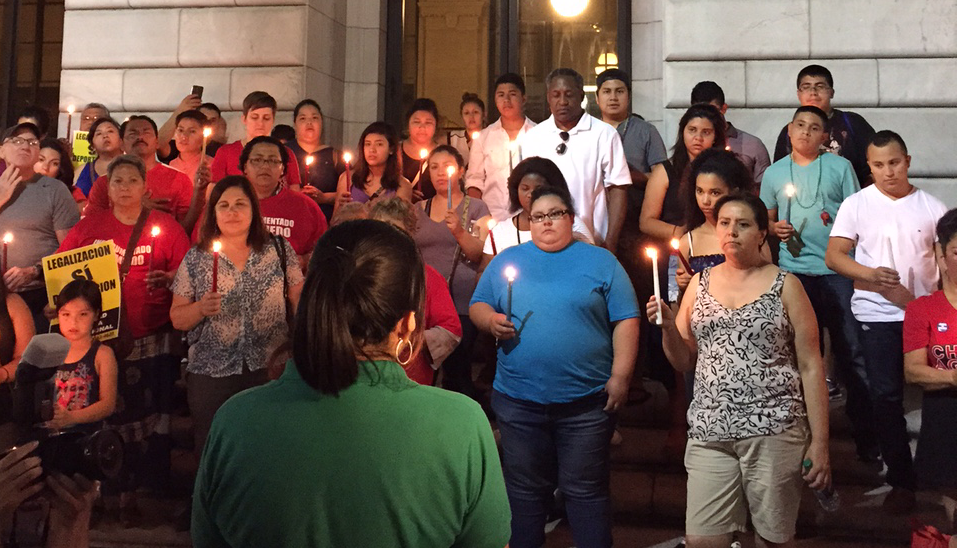 Last week, the Fifth Circuit Court of Appeals in New Orleans heard oral argument in the most closely watched immigration case in years, Texas v. United States. This is a case brought by Texas and a number of other states challenging the legality of two key components of President Obama’s immigration executive actions announced last November – an expanded Deferred Action for Childhood Arrivals (DACA) program and the creation of the Deferred Action for Parents of Americans and Lawful Permanent Residents (DAPA). These programs are designed to relieve the threat of deportation and provide work authorization to certain undocumented immigrants who either came to the country as children or who have U.S. citizen or green-card holding kids, and who meet other requirements. Throughout the two hour oral argument, the drums and chants of protestors outside permeated the chamber and reminded the court that the outcome of this case will have an enormous impact on the daily lives of millions of aspiring Americans.

At stake is whether the government may implement expanded DACA and DAPA while this lawsuit is pending. Right now, both deportation deferral programs are on hold thanks to a preliminary injunction issued in February by the conservative district court Judge Andrew Hanen, who is presiding over the case in Brownsville, Texas. Until the appellate court rules, proceedings before Judge Hanen are on hold.

The Obama Administration, ably represented by Principal Deputy Attorney General Benjamin Mizer, had a heavy lift from the get-go.  To win, he had to convince a majority of the three judges on the panel that Judge Hanen got it wrong when he issued the preliminary injunction. Last May, two of the three sitting judges ruled in favor of Texas on a procedural motion filed by the Obama Administration that presented substantially the same issues the court will decide in this appeal. In other words, to prevail, the federal government must change the mind of at least one judge who just ruled against it on essentially these very same questions. And though one must be wary of predictions of how courts will rule based on oral argument, many questions that came from those two judges – particularly Judge Elrod, a George W. Bush appointee – revealed a hostility to the federal government’s position.

When Texas’s lawyer had his turn, he faced a few tough questions from the one Democrat-appointee on the panel. After she established that Texas was not challenging the Department of Homeland Security’s power to decide whom to deport, which is a power the Supreme Court very recently affirmed, Judge King pushed Texas to clarify their position: “You’re not contesting the [noncitizen’s] ability to stay here….What you don’t want them to be able to do is to work.” Though Texas’s lawyer didn’t take the bait, it’s clear that that’s exactly what Texas wants.

If the Obama Administration loses, it may ask the Supreme Court to hear the case. The earliest a decision could come from the high court would likely be late next spring. If the Obama Administration persuades either the Fifth Circuit or the Supreme Court that Texas lacks standing to sue, the case would be over and the federal government would be able to move forward with expanded DACA and DAPA.