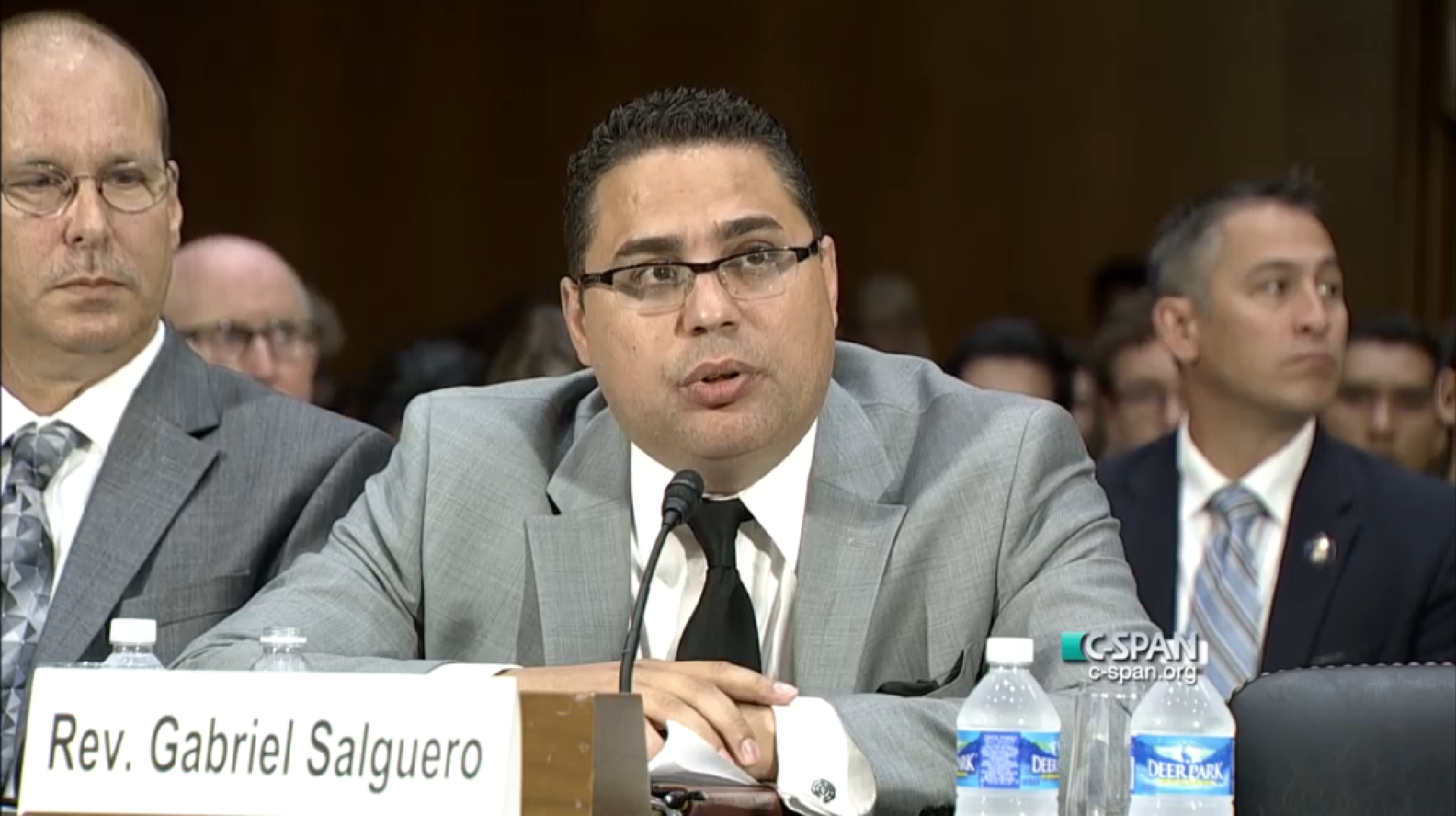 The tragic murder of Kathryn Steinle in San Francisco this month prompted Congress to schedule two hearings this week—one held today in the Senate Judiciary Committee and another scheduled for Thursday in the House Judiciary Committee. While several family members of victims shared their heart-wrenching stories of loss in today’s Senate hearing, one witness, Reverend Gabriel Salguero, reminded the room that “in the midst of our grief, policies should avoid criminalizing or casting collective blame on an entire community for the actions committed by one or a small number of individuals.” He also reminded lawmakers that “the policies needed to address the tragedies discussed here today need not be at odds with policies that seek to promote trust and cooperation with immigrant communities.”

His caution is well-taken. In the past, U.S. immigration laws and policies have often been shaped by fear and stereotype rather than by empirical evidence. In fact, data shows that immigration is associated with lower crime rates and immigrants are less likely than the native-born to be serious criminals. Yet we have spent billions of dollars deporting millions of people who have committed only immigration violations, and we have focused on quantity, not quality of deportations, while separating families. The “enforcement first” approach to immigration control—which the United States has been pursuing for more than two-and-a-half decades—has failed to meet the needs of our country.

Despite the data and lessons from the past, some Senators are proposing additional enforcement measures. The second half of the hearing focused on the federal government’s current enforcement policies and whether the government is “doing enough” to enforce the law. It featured Assistant Secretary of Immigration and Customs Enforcement (ICE) Sarah Saldana and Director of U.S. Citizenship and Immigration Services (USCIS), Leon Rodriguez. Saldana focused mostly on ICE’s new Priority Enforcement Program (PEP), though which ICE now will request notification of release rather than a detainer for many individuals meeting its priorities. ICE, however, will continue to use detainers in “special circumstances,” raising questions about whether this program satisfies the constitutional requirements. Some Senators, however, suggested that legislation mandating detainers is needed.

Rather than continue down this failed path, Congress should be looking at comprehensive reforms. Our nation is safer when everyone is accounted for and fully documented. A major benefit of comprehensive immigration reform is that every person in our country would get documents and be “on the grid” of U.S. life, with driver’s licenses, social security numbers, and other forms of identification. Such a system would help us make smart national security and law enforcement decisions and differentiate those who are law-abiding from those who are not. Case in point, Director Rodriguez discussed running an additional check on all DACA recipients to ensure they were not a public safety or national security risk. This security check was only possible due to having people registered in their systems in the first place.

Instead of tweaking immigration policy at the edges, or preventing localities from adopting policies to protect their public safety, Congress should get to the important job of passing immigration reform. Fixing our system and getting everyone on the books would go further towards securing our communities than any piece-meal measures currently on the table.