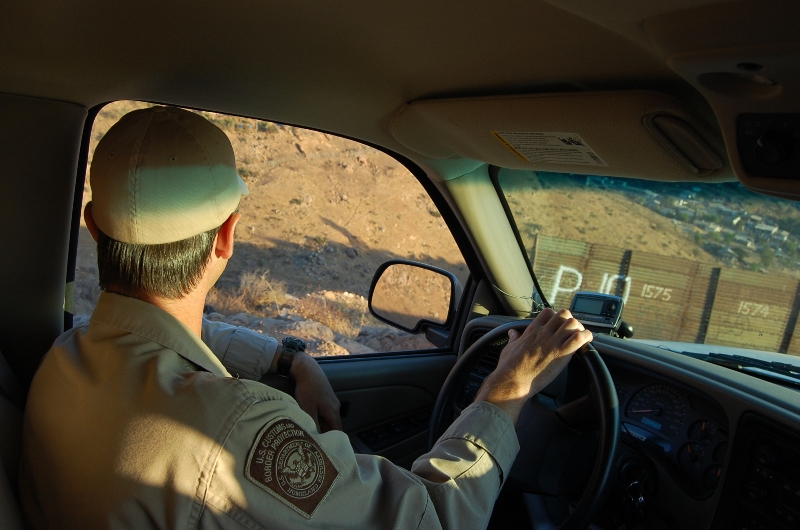 Deported migrants suffer a range of abuses at the hands of Custom and Border Patrol agents, according to a new Kino Border Initiative (KBI) report. The report relies on original surveys of Mexican migrants that were deported to Nogales, Mexico during the second half of 2014 and the first three months of 2015 – roughly the time corresponding to CBP Commissioner Gil Kerlikowske’s tenure.

The agency has been at the center of allegations of abuse and lack of transparency and corruption for years. And while expenditures on border enforcement have grown exponentially, there has been no corresponding increase in in efforts to provide accountability and transparency. In an interview with KBI, former Assistant Commissioner of Internal Affair at CBP, James Tomsheck, stated that the failure to adequately vet and screen new agents and officers “is the overarching issue that impacts all others addressed” in this report. In fact, between 2006 and 2008, CBP hired 12,000 new agents and evaluations done by CBP Internal Affairs showed that more than half of the agents hired during this time failed the pre-employment polygraph test. Furthermore, 80 percent admitted to being involved in a range of crimes, including violent crimes. Also, with no increase in Internal Affairs staff, the agency lacks the resources to investigate allegations and complaints of abuse.

The report found that more than one-third of the interviewed deported migrants suffered some kind of abuse at the hands of Border Patrol agents. Despite this, migrants were very unlikely to file complaints. These numbers are consistent with, in fact a little lower than, the figures reported by the Aid Center for Deported Migrants (CAMDEP) that collects similar data in Sonora, Mexico. The most common type of abuse, reported by 16.1 percent of the interviewed migrants, was verbal abuse, though it was more commonly experienced by women than men. The overall second most common form of mistreatment was the confiscation and failure to return belongings, making the migrants extremely vulnerable at the moment of deportation. However, for women, the second most common abuse was physical aggression – 50 percent higher for women than for men. Lastly, a few migrants also reported criminal behavior by CBP agents such as extortion, sexual assault and harassment, and rape.

Inhumane detention conditions were also reported by one in seven of the interviewed migrants. Migrants are often subjected to cold, overcrowded, filthy cells and denied medical care, adequate food and water, sanitation, and personal hygiene items.

Even though abuse and mistreatment by CBP is commonly experienced by migrants, it is rare for a complaint to be filed. Fewer than 8 percent of those that suffered abuse filed a complaint. There is a commonly held belief by migrants that filing a complaint will not make a difference and may actually lead to retaliatory action. Furthermore, even when formal complaints are filed, CBP leadership has documented that they took action to address only 3 percent of these complaints, demonstrating that there is close to no accountability for misconduct on the part of CBP agents.

The report also highlights the operational practices that increase the vulnerability of migrants, such as nighttime deportations and family separation. Though it is official DHS policy to both preserve the unity of families during repatriation, and to avoid nighttime deportations when possible, both are still common occurrences. Though sometimes families are separated before entering CBP custody, they are often separated as a result of being deported to different ports of entry or as a result of the long term detention of one or more of the family members in the group. Under the “Consequence Delivery System” immigrants are more likely to be formally removed (as opposed to “voluntarily” departing) and thus are susceptible to long term incarceration if they attempt re-entry. Two out of three migrants interviewed who crossed into the US with immediate family members were separated from at least one of those family members. This separation, coupled with nighttime deportations and confiscation of personal belongings, leave migrants in incredibly vulnerable positions when they are deported to dangerous border cities.

The widespread and systemic abuse, corruption, and lack of transparency by CBP has been documented time and time again. It is time that the agency comply, at a minimum, with its own policies and rethink the way that it allocates its resources.