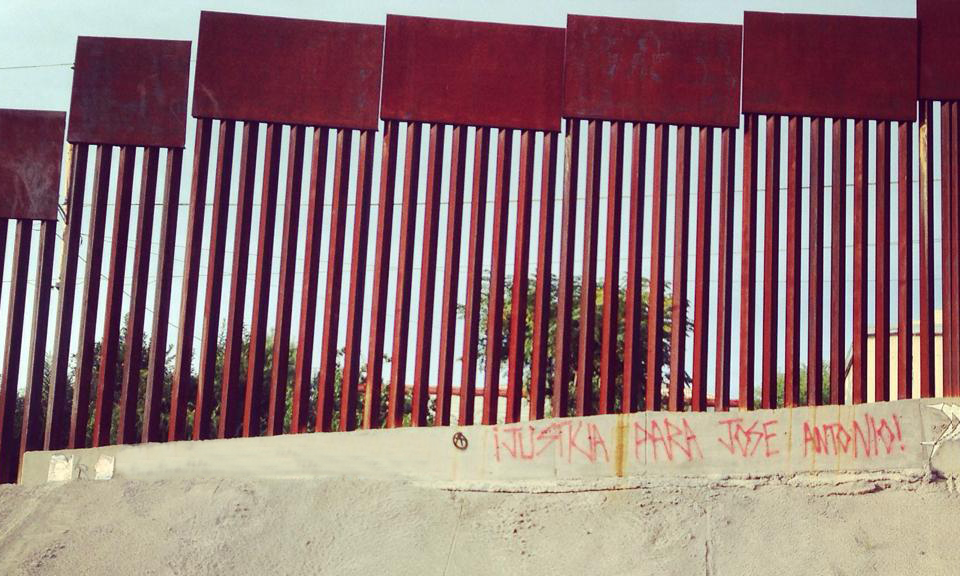 Justice was served on September 23, when a federal grand jury indicted Border Patrol agent Lonnie Swartz for the second-degree murder of 16-year-old José Antonio Elena Rodríguez in Nogales, Mexico, in October of 2012. Rodríguez was shot at least eight times. Seven of the bullets hit him in the back. Swartz claimed self-defense, saying that he only fired to defend himself from people throwing rocks from the Mexican side of the border with Arizona. This explanation seemed a bit improbable, however, given that rocks had to be thrown up a 25-foot embankment and over the fence in order to reach the U.S. side. This hardly seemed like a life-threatening situation for anyone standing in Arizona.

While the indictment of Swartz is a welcome development, it is only a first step. The problem with the Border Patrol is not “a few bad apples” in its ranks; the problem is systemic. As a detailed story in Politico explained at the end of last year, the Border Patrol—a “massive agency—freshly militarized by billions of dollars of weapons and technology and thousands of poorly vetted gun-carrying personnel hired in the panicky years after 9/11—was left adrift as violence and corruption in its ranks rose dramatically.” The systemic dysfunction also afflicted the parent agency of the Border Patrol: U.S. Customs and Border Patrol (CBP). This is apparent from the fact that “between 2005 and 2012, nearly one CBP officer was arrested for misconduct every single day.” Moreover, CBP uncovered “dozens of cases of criminal organizations like Mexican cartels and street gangs such as MS-13 infiltrating its ranks with new hires.”

Related Content: Lack of CBP Accountability in Responding to Complaints of Abuse

Likewise, a 2013 report from the Police Executive Research Forum (PERF) reviewed 67 CBP case files, as well as the agency’s use-of-force policies. According to PERF, the “case reviews raise a number of concerns, especially with regard to shots fired at vehicles and shots fired at subjects throwing rocks and other objects at agents.” In 2014, James F. Tomsheck, the former assistant commissioner for internal affairs at CBP, alleged that CBP officers (including Border Patrol agents) have covered up fatal shootings, leaked sensitive information, and accepted bribes from drug traffickers. According to Tomsheck, at least a quarter of the 28 cases since 2010 in which people have died during encounters with CBP officers are “highly suspect.” He also said CBP has the “self-identity of a paramilitary border security force and not that of a law enforcement organization.”

The tendency of the CBP in general and the Border Patrol in particular to bury allegations of abuse rather than respond to them is apparent in a 2014 report from the American Immigration Council. The report examined 809 complaints of physical, sexual, and verbal abuse lodged against Border Patrol agents (obtained through the Freedom of Information Act) and found that 97 percent of cases in which a formal decision was issued resulted in “no action taken.”

All of which means that the Border Patrol has a long way to go before it achieves transparency and accountability. Disciplinary procedures must change. Agent training must change. And the veil of secrecy needs to be lifted from an agency that has become accustomed to operating in the shadows. But if the case of José Antonio Elena Rodríguez is to be the first of many, then the agency must be held up to the light.